It’s not you, it’s Apple: iOS 8 is getting tiresome 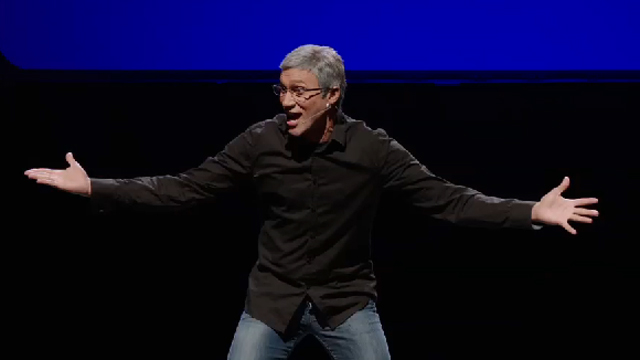 It’s not you, it’s Apple: iOS 8 is getting tiresome

Apple has boasted with the new mobile operating system it launched alongside the iPhone 6 and iPhone 6 Plus: iOS 8. The boasting seems to be without warrant, as the OS is being called the worst software release from Apple ever, and with good reason. Now let’s see why the people within the Apple ecosystem would be outraged by an update that aims to make everything better. The initial release of iOS 8 was already in the light of doom, as many users of the new flagships, as well as the older ones, were reporting quite a few bugs affecting performance, third party keyboards, applications, Wi-Fi, notifications, storage, battery drain and app compatibility.

Apple quickly responded to these concerns, releasing iOS 8.1 rapidly to fix the issues. Most people appreciated that Apple released a fix for their problems so soon, but little did they know that Apple was mostly thinking about the iPhone 6 and the iPhone 6 Plus, as well as the newer iPad Air 2 and iPad Mini 3 when designing the new update. As soon as iOS 8.1 was out, people started hyping yet again that it didn’t fix squat on the iPhone 5, iPhone 5S, iPhone 5C, iPhone 4S, iPad Air, iPad Mini 2 and so on. It seems that the Cupertino-based company wants to frustrate people into buying the newer models. But hey, we’re not judging. Yet.

Fact of the matter is that iOS 8 altogether is optimized for the iPhone 6 and its counterparts launched in 2014. Even though we can update all of the more recent Apple devices to iOS 8, we won’t be getting the same software experience, as the update would bring forth a slew of bugs depending on device. The iPads for example, are affected by battery drain, sluggish performance, slow browsing even after the iOS 8.1.3 update is installed. iPhones have the same issues on board, as well as problems with third party keyboards and Wi-Fi connectivity.

The biggest issue users are angry about is the inconsistent Wi-Fi on their iPhones and even iPads, which means that the devices are continuously dropping Wi-Fi signal, which tends to get really annoying. Now our question is: why did Apple update these devices to iOS 8 and subsequent updates, if they created more bugs instead of making the devices more pleasant to use? Some say it’s because the company wants to drive people towards the newer models, but that doesn’t seem too likely. That’s because Apple wants to sell everything, not just the most recent models, so it would be a bit redundant to sabotage their own products.

The most probable reason for why Apple is still releasing buggy iOS 8 updates to smartphones and tablets would be that they are in a rush. Indeed, as Android 5.0 Lollipop is being rushed out, Apple might feel some pressure. There are quite a few new phones coming our way this year, including the HTC One M9 Hima, the Samsung Galaxy S6, Galaxy S6 Edge and the LG G4, not to mention a truck-load of Chinese up and comers with excellent prices and great features, such as the OnePlus Two, Huawei Mate 8, Xiaomi Mi Note Pro and the list goes on. The pressure on Apple is to combat all the new buyers’ intentions of choosing Android over iOS, but so far, rushing the rollout of unreliable software is only causing the adoption of iOS 8 to slow down, almost to a halt.

Apple should definitely rethink this strategy and start thinking about how it could keep its older customers with older devices. The first thing Tim Cook and co should do is release iOS 8.2 in such a manner that it actually fixes more than it breaks. That is a long way ahead, though, as the company promised the update to be released when the Apple Watch is launched. The Apple Watch is launching in April, according to Tim Cook, so we have a lot of time in-between then and now, which doesn’t act in the favor of iOS 8. Maybe users wouldn’t be so outraged if Apple had taken into consideration all the reports of bugs and issues and focused on fixing those before releasing yet another update. Do you guys think Apple needs to think of a better strategy? Would you be patient to see all the issues resolved in one future iOS 8 update or would you like to bash Apple and switch to Android or Windows?