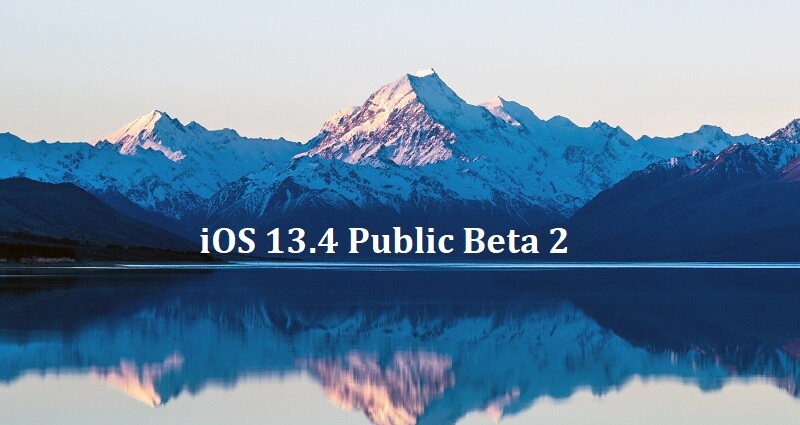 Today Apple has begun seeding the second public beta for both iOS and iPadOS 13.4, which comes about two weeks after the first public beta launched. If you’re interested in taking part in the beta then we have good news, as all you have to do is sign up here to download the update over-the-air after installing the proper certificate on an iOS device.

While this isn’t a massive update by any means, it nevertheless packs some notable changes and improvements that users should enjoy. For those of you who regularly use the Mail toolbar, the reply and delete button has been separated into their own individual buttons. Considering that accidentally deleting emails was a common occurrence previously, this a much-welcomed tweak.

Another change includes a new function in the Shortcuts app, which allows you to “Shazam It” so you can identify songs. Some small changes were also made to the CarPlay controls for calls and third-party navigation apps.

If you’re someone who has been waiting for the iCloud Folder Sharing feature, you’ll be happy to know that it is finally available with this new update. This feature lets iCloud Drive files be shared with other people, so one (or multiple) folders can be accessed by several different users.

There are also a total of nine new Memoji/Animoji stickers that are supported by anything that allows emoji use, featuring a pink-haired woman. Other changes include new Settings options for the TV app, and small changes to Location Services.

Universal app purchases have also been added, which allows developers to sell a single app across iOS, tvOS and macOS. This greatly streamlines the process of having to download multiple apps, and can even save the user some money.

Some have also noted a possible “CarKey” API, which would let the iPhone or Apple Watch be used to unlock vehicles that support NFC. It also includes options for sharing digital key with friends and family, which could be very convenient if keys go missing.

The main tweak for iPad is a new keyboard shortcut for the Photos app, which makes navigating between tabs, search, creating albums, deleting photos, and entering edit mode much easier. There is also a new feature for hardware key remapping in iPadOS.