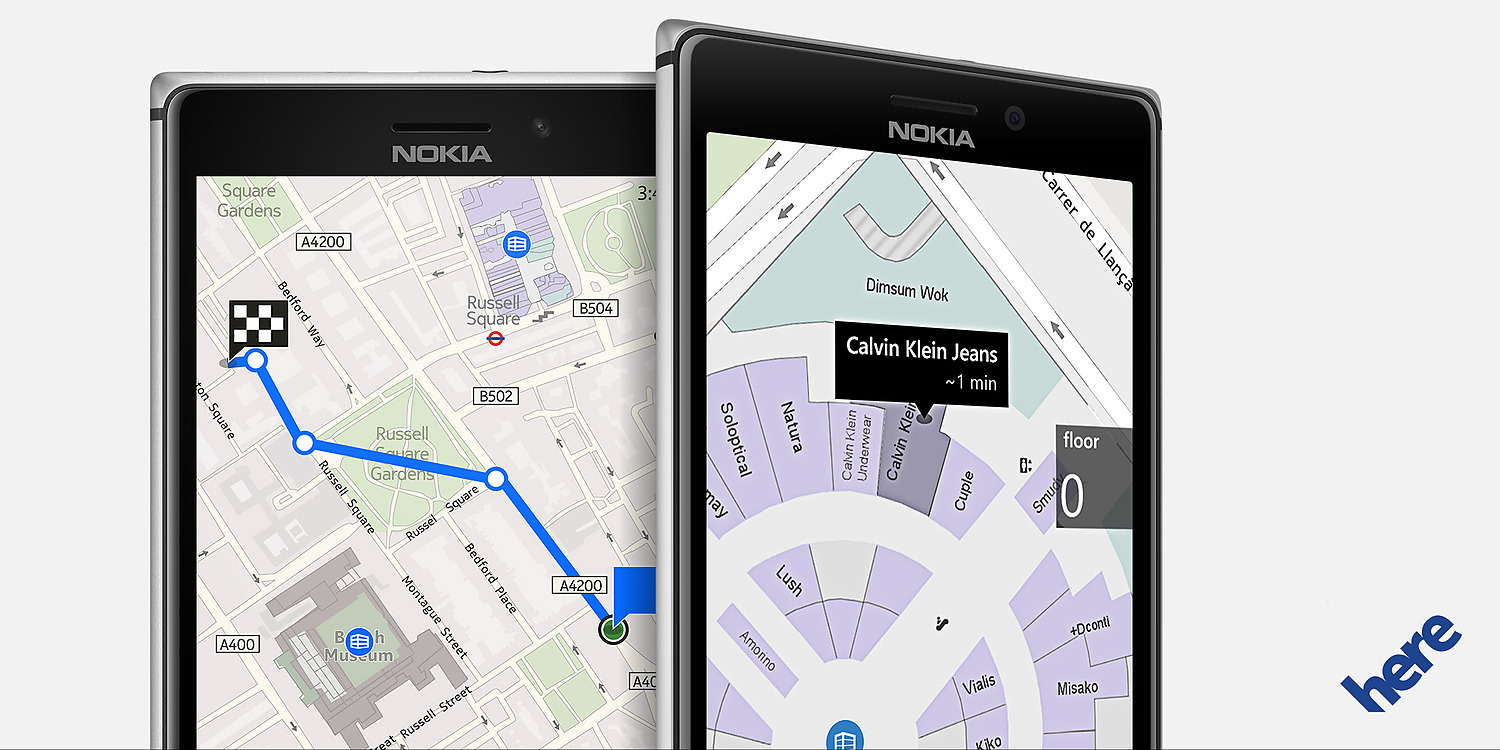 A fresh Nokia Here update started rolling out this weekend, enhancing and improving the already immensely popular navigation-centered application. Nokia Here maps was released to the Google Play Store late last year, after it was already made popular on iOS and Windows. Android users can now enjoy one of the best navigation apps to date without having to sideload the application or change their phones. The best features about Nokia Here is the fact that it allows for storing maps offline, which could be a life-saving tool.

The new Nokia Here update comes with a few nifty tricks up its sleeve, making the software as future-proof as it gets nowadays. Until now, you could only properly use the application on a 32 bit smartphone (read: most standard smartphones), but now you can install it and use it without a glitch on 64 bit smartphones. That means that the app is basically optimized for iPhones (even though it’s not back in the store yet), as well as new-generation smartphones like the LG G Flex 2 or upcoming Xiaomi Mi Note Pro.

Updating Nokia here will bring you 64 bit support, which is nice, but it also brings forth a slew of other features. Note that the Nokia Here update doesn’t bring the app to a completion, it still being in a beta stage of development, so you can still expect to encounter a bug here and there. The good news is that existing bugs impacting performance and stability, as well as voice-control navigation are now fixed by the update. Since Android Lollipop is all the rage right now, the Nokia Here update also addresses that trend and has optimized the application so that it will fit in nicely with all the Material Design already on your Android smartphone. Check out the video below to get a peek at Nokia Here Maps and how it looked like before the update.

You can now also benefit from turn-by-turn drive and walk voice guidance even without an internet connection, which isn’t such a necessary feature in my mind, but it is a useful one to be fair. At the same time, you can use Glympse to share your location as well as details about your travel through email or SMS. Real-time information about roads and traffic as well as public transport maps and directions has also been improved, supporting info for more than 40 countries now. The library of offline maps that you can download and save for when you don’t have access to the internet has also been increased to provide maps for more than 100 countries.

Even though the Nokia Here update should hit Android devices in the following days, the return of the app to iOS hasn’t been pinpointed yet. Nokia did promise that iOS users would have the app back in their app stores early in 2015, so we are looking forward to seeing an improved Nokia Here maps soon enough on our iPhones and iPads.