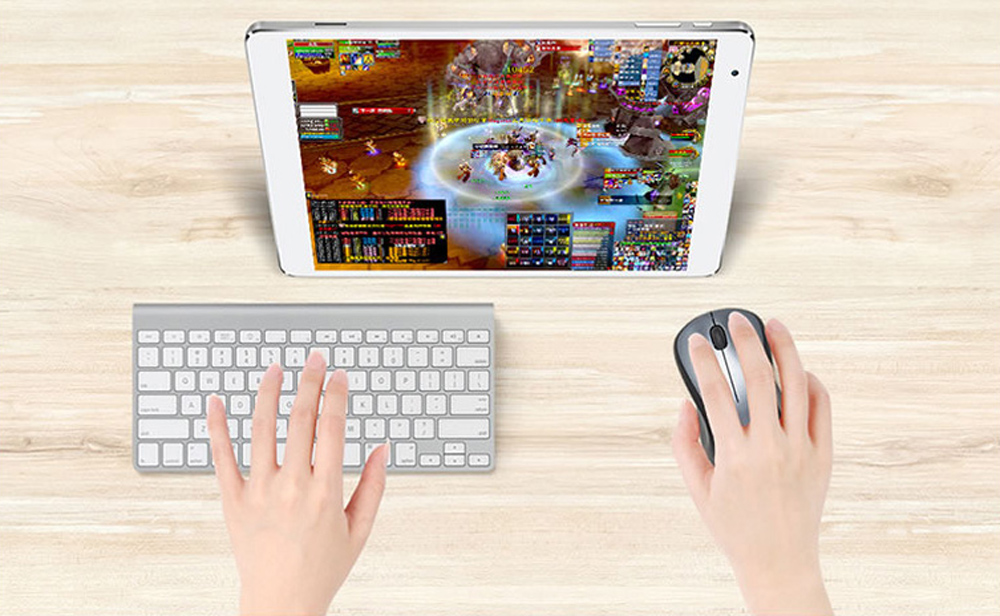 Apple released the iPad Pro a couple of weeks ago and while customers do have to wait until November to be able to buy the tablet for themselves. One of the controversial aspects of the iPad Pro is its pricing, which is about $750 for the base model. If that sounds like too much to spend on a tablet, and something closer to the iPad Air 2 sounds better, we’ve got a good deal for you guys.

The Teclast X98 Air III is the Chinese version of the iPad Pro or of the iPad Air 2 and comes as an attempt to give people on tighter budgets the opportunity to experience a high-end  tablet. The Teclast X98 Air III comes in at an affordable $139 per tablet, and the configuration that it offers is of great value. That means that bang for buck with this device is right where it should be and thanks to Teclast’s long-time prowess in tablets, the Air III is a reliable device.

Its design is comprised of a metal chassis and a grainy polycarbonate finish on the back. The curved edges are chamfered and the frame is made of metal. The slate is thin in itself at 8.2 mm, and its flat shape is easily maneuverable. The rounded corners might be slippery on occasion, but the grainy back panel fixes that issue pretty quickly. There’s a microSd card slot included in the build, which looks rather good to me.

With a 9.7-inch “Retina” (that’s 2048 x 1536 resolution) display, the Teclast X98 Air III is clearly targeting Apple fans, and more specifically iPad Air 2 and iPad Pro fans. Under the hood, the slate touts an Intel Z3735F processor, 2 GB RAM and 32 GB internal storage, which is a pretty neat setup for the price, in my opinion. Although the specs aren’t stellar, performance should be smooth with Android 5.0 Lollipop on board.

The Teclast X98 Air III is outfitted with front and back cameras for convenience, the front sensor measuring 2 MP while the rear one measures 5 MP. You can use autofocus with the rear camera, but there’s no flash that you could use to make snapshots brighter, which is a bummer, but not a deal-breaker. With the good performance and the massive 8000 mAh battery, photos matter little to a power user.

The Teclast X98 Air III is now on pre-sale on GearBest, where you can buy it for only $139, with free shipping included. The presale period ends on October 20, so you still have time to check the slate out and see its value for yourself. The main selling points would be the beautiful display, decent performance and the thin, lightweight metallic design that is so reminiscent of the iPad Air 2. I for one would definitely buy this, if only it had a SIM slot for data use. Unfortunately, this is a Wi-Fi only tablet, so it’s not for me. But for those who want to game or work, ’tis perfect.