Windows 10 Mobile: will it bring Windows Phone back? 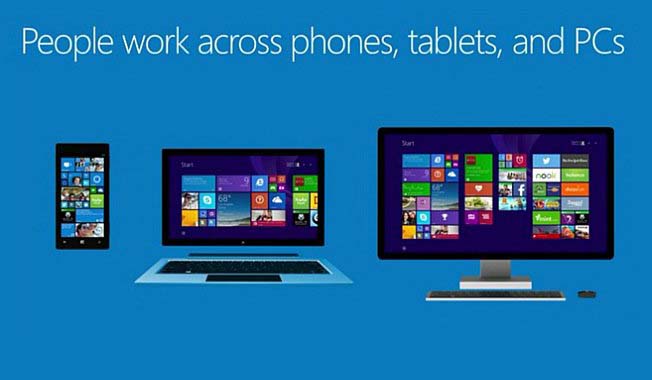 Windows 10 Mobile: will it bring Windows Phone back?

Windows 10 is the big push from Microsoft this year as the company is aiming to create a unified platform for PC, mobile and consoles. The idea behind Windows 10 is to offer users and developers the possibility of using one single platform in all their devices, without having to customize the software or modify it in any way. Developers can use the Windows 10 development platform to create unified apps, which will work on PC, Xbox and mobile without additional development needed, thanks to Microsoft’s new OS. Although Windows Phone has never been as popular as iOS or Android, this is a chance for the Redmond giant to change things in the smartphone industry.

The Verge’s Tom Warren points out in a rather negative article that the main issue with Windows Phone is the lack of apps. While Tom does make a good point, the article does seem like it targets the mid-range and entry-level sections of the market with phones that are already outdated. While Tom focuses on emphasizing the lack of developer support for Windows 10, he fails to point out that Microsoft has made significant improvements to the platform, which is now considered the easiest platform to develop on, by developers.

According to hobby developer Robin Varga, who is behind games like Inchy Ultimate, the Universal Windows Platform for developers is the most easy to use whether you use JavaScript, CSS3 or HTML, and many new faces in the Insiders program of Microsoft agree. Although in the past, apps for Windows Phone were truly scarce – and still are – that is about to change. As more and more developers pick up interest in Windows 10, the platform is seeing new users signing up and sending in their apps and games on a daily basis.

Although Windows 10 is still a fledgling release, over 100 million users have already installed the new OS and are expressing positive experiences with it. Aside from Microsoft Edge needing some trim, the current available build of Windows 10 seems to be pretty popular with users. I have to admit, I also enjoy using it and have even become a bit more accustomed to Edge, although Chrome is still my favorite (even though Kickasstorrents doesn’t work on it anymore). Regardless, Windows 10 does seem like a much-improved platform and the fact that it can scale apps according to viewing platform helps developers work faster and easier.

MSDN Magazine has released their special Windows 10 issue today, with a multitude of articles talking about developing for Windows 10 and Windows 10 Mobile. Developers who are wary of working with Windows 10 should check out the articles, because they go in-depth about developing for the platform, optimizing apps for mobile platforms, optimized usage of the notifications system in Windows 10 and Cortana integration. Articles about working with Windows 10’s responsive design explain to developers how UWP facilitates one development process for apps on all of its platforms, which sounds much better than working on a mobile app, a tablet app and a desktop app.

Microsoft’s Q1 2016 earnings report shows a 12 percent decrease in revenue, but Windows 10 adoption is at an all-time high, in the context that it has overtaken Mac and Windows 7 adoption on a global scale. That can only be taken as a positive sign and as a marker suggesting that Microsoft is at least doing something right. Windows 10 Mobile is also available in a preview version, but it should be sent out to compatible devices in December, when the Lumia 950 should also start making its way to stores. The problem is that the Microsoft store is still missing a big amount of important apps.

While some of the Windows 10 apps in the store are available and optimized, popular apps like Instagram and Pinterest are not that lucky. Pinterest doesn’t even have an app for Windows anymore, although the company should be releasing an updated one by the time Windows 10 Mobile becomes widely available. Apps in the store are sometimes not supported and won’t be updated any longer, and many old developers are no longer with the company. That paints a stark future for apps on Windows Phone, but hopefully, that will change in the next few months, as more developers sign up.

Although companies and their development teams need to be aboard the Windows 10 bandwagon in order for the platform to work as an ecosystem, many smaller developers are working on making Windows 10 Mobile a comprehensive experience. Hopefully, the positive reviews of the new OS will contribute to larger companies releasing apps in the Microsoft store. Since Microsoft says it’s easy to create apps for all Windows products, we are confident that in time, Windows Phone will be back on its feet. However, that’s just our assumption based on how things have been going in the community. Windows Phone could end up flopping, but we’re hoping for the contrary, because the idea that Windows 10 proposes with the universal apps and Cortana integration truly sounds like a productive and comprehensive ecosystem to be part of, especially for long-time Windows users.

So, we turn to you, readers. Do you think Windows Phone has a future if we consider the new development options available for Windows 10 and its universal app structure? Do you feel like the market is too dominated by Android and iOS in order to Microsoft’s mobile OS to make a significant impact? Do you believe the new Lumia line-up and the fresh OS will convince other platform users to switch to Microsoft services and products? Sound off in the comments below.