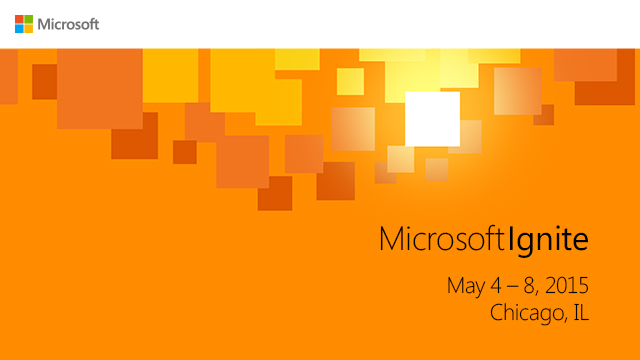 Microsoft has made us familiar with various IT conferences over the past few years, where we usually see innovative hardware, as well as software demonstrations from the company and its affiliates. Microsoft decided that all the different conferences and summits would work better and bring more results if they were turned into a single, massive event, the Microsoft Ignite event. With this in mind, Microsoft has replaced TechEd, Management Summit, SharePoint Conference, Project Conference, Lync Conference as well as Exchange Conference with the comprehensive Ignite event.

Microsoft has even set the date and venue for the Microsoft Ignite event, which is to be held between May 4-8, 2015 in Chicago. As usual, Microsoft CEO Satya Nadella will be giving the keynote alongside CVP Enterprise Client & Mobility, Brad Anderson, CPV Operating Systems Group, Joe Belfiore, CTO Dave Campbell, EVP Business Development Peggy Johnson, VP Chris Jones, Chief Experience Officer of “My Life and Work” Julie Larson Green and VP Skype Gurdeep Singh Pall. Other execs as well as project leaders to also join the Ignite event keynote line-up will be announced later this year.

Although many major Microsoft events and conferences were pulled under the Ignite event roof, the company will still be holding other conferences beforehand. The first Microsoft event will be Convergence, a business event held in Atlanta between March 16-19, 2015, after which Build is scheduled to take place in San Francisco between April 29-May 1, 2015. Microsoft has also scheduled a post-Ignite event in Orlando, the Worldwide Partner Summit, held between July 12-16, . The unified enterprise technology conference dubbed Ignite by Microsoft already accepts registrations. Microsoft Ignite aims to connect enterprises with an interest in the cloud as well as mobile technology, and will include operating systems and unified communication solutions. During Ignite, Microsoft will hold technical training sessions, hands-on labs as well as opportunities for certification.