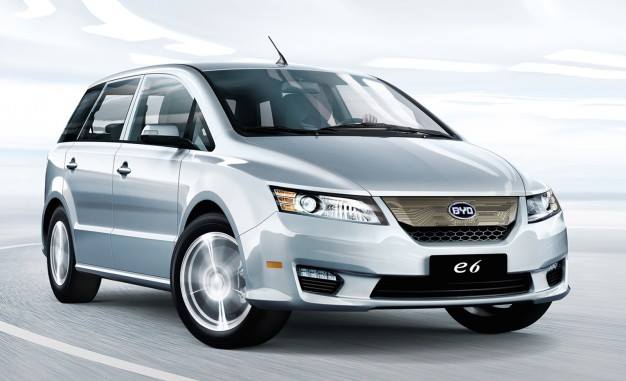 BYD or Build Your Dreams was established in 1995 in China. The company specializes in IT, automobiles and new energy. It focuses on innovation, progress, and obtaining global partners. The BYD e6 is an electric utility car. It is a cross between a sedan and an SUV. On a single charge, the battery can last up to 186 miles. The battery can fully charge in 40 minutes or in 2 hours from 0% to 100%. It has important ecofriendly characteristics such as: zero pollution, zero emissions and low noise. This vehicle is finding new ways to reach new markets, now expanding to the United States. They plan to achieve this movement through the Uber service in Chicago.

Uber leased 25 BYD e6 electric crossovers for testing purposes in the city of Chicago, with the intention of expanding to at least 200 vehicles. In London, BYD launched the same idea, offering Uber drivers the chance to lease the car for about $200 a week. The condition is to bring back the car at the end of the shift for charging purposes. Drivers will also have the opportunity to buy the car.

Drivers pay around $150 for gasoline per week as Uber drivers, therefore if they desire the upgrade the cost will be a little higher. Switching to the BYD e6 might bring some advantages to Uber drivers, though. They will no longer need to use their personal car for their shifts, which means they will save up the used miles for their own use. The new car might attract Uber clients for the simple fact that it is new and because of its ecofriendly characteristics. The winters in Chicago are brutal, and using an electric car may turn out to be more beneficial than using extra gas money for the personal car. It is up to Chicago Uber drivers to decide if BYD is a good idea. The results depend on them and what their clients want.