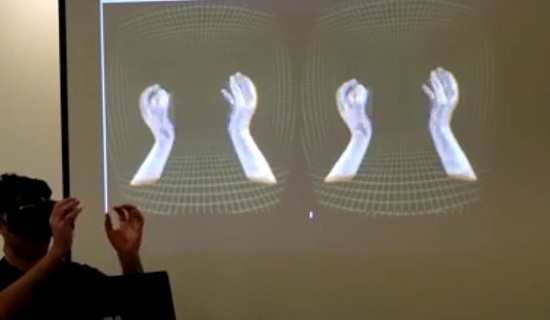 Oculus has acquired Pebbles Interfaces, a company that specialises in hand-tracking technology. Pebbles, based in Israel, has five years’ experience developing technology that tracks hand movements with custom optics, sensor systems, and complex algorithms. Oculus, which has recently been acquiring more and more hand-tracking talent, will have Pebbles join its hardware engineering and computer vision teams to advance its physical tracking capabilities.

“We’re excited to announce that we’ve entered into an agreement to acquire Pebbles Interfaces — one of the leading teams in depth-sensing technology and computer vision,” the Oculus team writes on their blog.

The acquisition of Pebbles Interfaces is part of a long-term plan to advance virtual reality. Ever since Facebook acquired Oculus back in March 2014, the company has had the deep pockets it needs to bring in big talent, and has actually been growing its hand-tracking team for the past few months. When the company announced that the primary input device for the Oculus Rift would be an Xbox controller, many were upset, so it’s not surprising the company is looking into hand-tracking.

“At Pebbles Interfaces, we’ve been focused on pushing the limits of digital sensing technology to accelerate the future of human-computer interaction,” Pebbles CTO Nadav Grossinger writes. “Through micro-optics and computer vision, we hope to improve the information that can be extracted from optical sensors, which will help take virtual reality to the next level. We’ve always believed visual computing will be the next major platform in our lifetime, and we’re excited to join the Oculus team to achieve that vision for the future.”

Very little details about the deal between the two companies have been made available. Pebbles did, however, release a video that shows off some of the work they’ve done with hand tracking. The key advancement they have made is developing the ability for an Oculus Rift user to look down at their hands and see them inside the virtual world. Check out the video below.

Tesla thinks it can provide cheap green energy within the next 10 years
Panasonic will soon sell exoskeleton suits for about $8,000