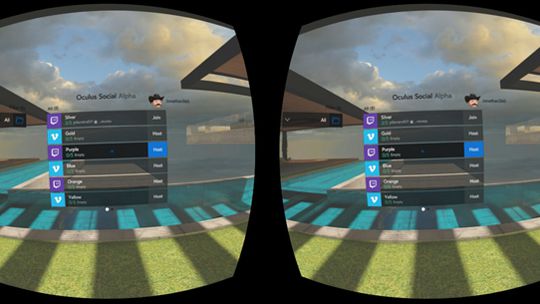 Oculus and Samsung partnered up last year to launch the Gear VR, and today they started shipping the newest edition of the virtual reality headset and launched a new platform within the Oculus Store. With a few Gear VR games and apps already available in the same store, launching Concepts is a bonus for those who really want to experience virtual reality from the ground up. Oculus Concepts is essentially a platform where VR game developers can upload their Gear VR games before completion, so that users can test them and give feedback.

That being said, paying $100 to get the new Gear VR from the Oculus store seems much more interesting. With early access to new games and apps and the chance to experience how VR content is made from the ground up is an interesting opportunity, even for casual users. There’s a lot of investment involved in the Gear VR, because it only works with newer Samsung Galaxy handsets, which are rather expensive exceeding $500 unlocked.

However, the Oculus Concepts store offers an additional reason why early adopters and VR fans would consider buying into the ecosystem. To truly experience games to the max with Gear VR, besides the phone, VR headset and Oculus store prices you pay, you should also consider getting a Bluetooth controller or gamepad. But the games and the experience might be worth it to you with the early access Oculus Concepts offers.

Testing VR games and monitoring their progress and development by being part of the feedback process can be fun and rewarding at the same time. Developers and gamers can work together to create games that fascinate and offer immersive experiences that can be unique to Gear VR. Starting today, developers and Samsung Gear VR owners can access Oculus Concepts and start collaborating within virtual reality.

Developers can begin submitting Gear VR games to the Concepts store, while U.S. customers should be receiving the first shipments of the virtual reality headset. International preorders are also going to be opened, so early adopters from around the world can join in the fun. Provided their wallets are up for the task. The Concepts store is pretty neat, but I’m still not sure anyone except Galaxy S6 owners would feel rewarded with the Gear VR headset.