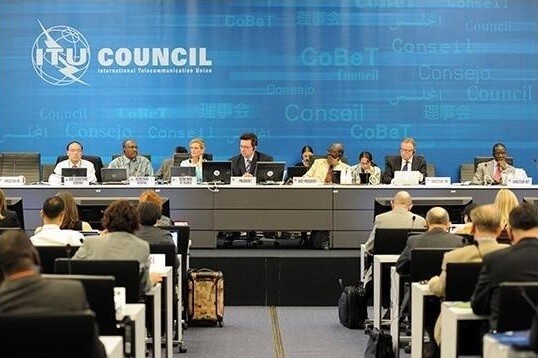 On Thursday, member nations will decide whether an American or a Russian should head the International Telecommunication Union, which establishes norms for cutting-edge technologies.

In Washington As part of a worldwide conflict between democracies and authoritarian governments over the direction of the internet, the United States and Russia are squabbling for control of a United Nations group that establishes standards for new technology.

In order to elect Doreen Bogdan-Martin, a longtime American employee, to lead the International Telecommunication Union, a U.N. agency that develops technical standards for technology like cellphone networks and video streaming, American officials are urging the organization’s more than 190 other member nations to vote for her on Thursday. Rashid Ismailov, a former representative of the Russian government, is her opponent.

Particularly intense has been the American campaign. Last week, Ms. Bogdan-Martin received the support of President Biden, culminating months of public and private campaigning on her behalf by senior government officials and significant U.S. corporate groups.

Whoever takes over as ITU president will have the ability to change the guidelines by which new technologies are produced globally. The group is not generally recognized, but in recent years it has established important standards for how video streaming operates and coordinated the global sharing of the radio frequencies that power cellular networks.

The election has come to represent the escalating conflict between authoritarian nations that wish to restrict their citizens’ access to the internet and democratic nations that favor a globally connected and lightly governed internet. While the United States usually does not censor the material on social networks like Facebook and Twitter, Russia has developed a mechanism that enables it to do precisely that, keeping an eye on what Russians are saying online regarding issues like the invasion of Ukraine.

Some people are concerned that Russia and China, who have also blocked their internet, may utilize the ITU to alter the web in their image. In a joint statement released last year, the two nations urged the preservation of “the sovereign authority of states to govern the national portion of the internet.” They claimed to be highlighting “the necessity to improve the representation of the two countries in the governing bodies of the International Telecommunication Union”

At an ITU conference this week, Erica Barks-Ruggles, a State Department representative and former ambassador to Rwanda, said the group would assist in determining whether or not people all around the world could affordably access new technologies and interact across borders “whether their governments are able to disconnect them from the internet or not.”

The I.T.U. was established in 1865 to address telegraph machine problems. It used to be more concerned with physical networks than the internet, but it is now involved in establishing standards for everything from connected cars to smart homes. The agency’s biennial plenipotentiary conference got underway on Monday in Bucharest, Romania.

Mr. Biden stated last week that Ms. Bogdan-Martin “possesses the integrity, experience, and vision essential to reshape the digital environment.” Her candidacy has also received support from high administration figures like Secretary of State Antony Blinken, Secretary of Commerce Gina Raimondo, and others.

At a recent conference in Kigali, Rwanda, the United States organized a reception at the city’s conference center where guests watched Vice President Kamala Harris’ video support, listened to local music, and heard a pitch from Ms. Bogdan-Martin.

Requests for response from the Russian Embassy in Washington were not answered.

The election’s proxy conflict might be the first of many.