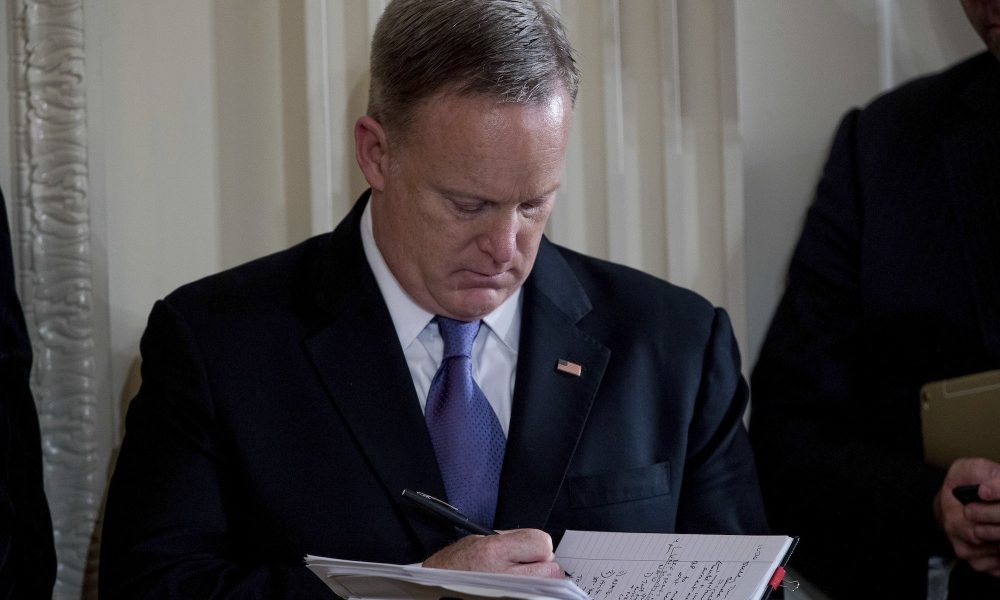 Donald Trump might not have recorded his conversations with ex-FBI Director James Comey, but former Press Secretary Sean Spicer took notes during his meetings, which potentially spells bad news for the president regarding the Russia Investigation.

Sites such as Business Insider, Axios, and The Washington Post have reported that Spicer filled “notebook after notebook” with information from his numerous Republican National Committee meetings, stretching from the 2016 election campaign to his tenure as Press Secretary. According to Axios, this practice is highly unusual in the White House, as past administrations took as few notes as possible out of fear of investigations. However, when Axios correspondent Mike Allen contacted Spicer, he refused to comment on the matter.

Earlier this month, The Washington Post reported that Robert S. Mueller III, current head of the Special Counsel investigation of Russian interference in the 2016 U.S. election, wants to question six current and former Trump advisers, including Spicer. These advisers likely witnessed events integral to the investigation, including discussions that possibly might reveal ulterior motives behind Comey’s firing. Spicer’s bevy of notes might give Mueller a veritable treasure trove of information on potential Trump/Russia ties, but only if he gets his hands on the notebooks. However, given Spicer’s apparent tendency to hold grudges, he might be more than willing to help Mueller.

According to Axios, a White House official who wishes to remain anonymous stated, “People are going to wish they’d been nicer to Sean. …He was in a lot of meetings.” Therefore, Spicer might well feel particularly vindictive towards current members of the Trump administration, possibly including Trump himself. Another Washington Post article detailed both demonstrable and alleged examples of “genuine hostility” from Spicer, both towards journalists and White House aides. I can only imagine the anger Spicer feels towards the Trump administration if he got furious over Politico articles. Therefore, I would not be surprised if he willingly hands over his notes to Mueller, which could prove damning for the Trump administration (and Trump himself).