The Most Exciting Moments From The Esports Scene This Year 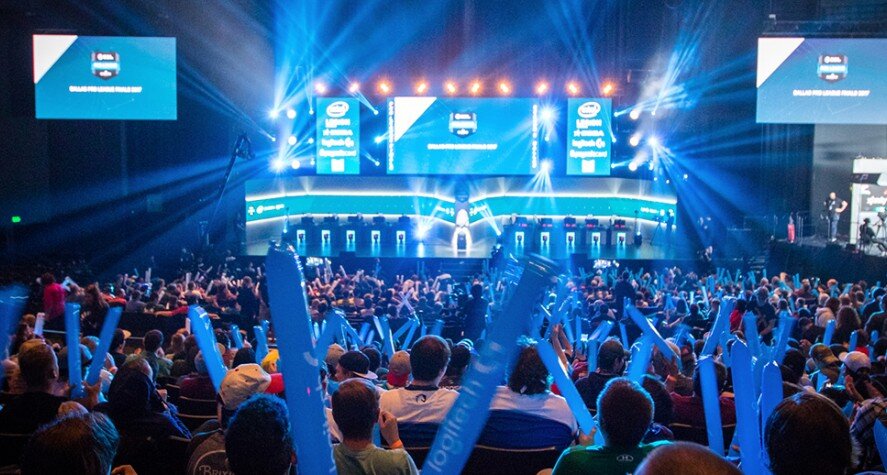 The Most Exciting Moments From The Esports Scene This Year

The esports scene continues to flourish and it now has more than 450 million fans spread across the globe. They have been treated to some dazzling displays of individual and collective brilliance over the past year as the leading proponents have battled it out for fame and fortune at big tournaments.

Prize pools are spiralling, the scene is becoming increasingly professional and the skill level of the top players is soaring, meaning the action has been more gripping than ever this year. Here are the five most exciting moments within esports over the past 12 months:

Astralis’ sustained period of dominance over the CS:GO scene was nothing short of remarkable. The Danes won 15 events in 2018, including the FACEIT London Major, and they clinched the Intel Grand Slam to earn a $1 million bonus. They carried that form into 2019, roaring to victory at IEM Katowice to snatch a second successive major.

They spent an unprecedented 14 months atop the world rankings and delivered some seriously impressive performances along the way. Yet their dominance was getting a bit boring and it also threatened the future health of CS:GO as an esport.

Many in the community therefore rejoiced when Team Liquid finally knocked the Danes off their perch last month. However, many were quick to point out that TL only usurped Astralis due to the Danes’ inactivity in recent months. That set the stage for an epic showdown in the quarter-final of ESL Pro League Season 9 on June 21.

The Astralis boys were keen to reassert their dominance with a symbolic victory and they raced into a 12-3 lead at the break on the opening map. Yet Liquid battled back valiantly, and in the end the Danes had to scrape a 16-12 victory. TL were emboldened and they destroyed Astralis 16-6 on the second map to set up a nail-biting decider on Vertigo.

Astralis rose to the challenge and opened up an 11-4 lead thanks to some thrilling play from dev1ce and Magisk. But Liquid never gave up and Stewie2k led them to a thrilling 16-13 victory. They went on to win the tournament and firmly cement their status as the new masters of CS:GO, ushering in an exciting new era for one of the world’s most popular esports.

A record-breaking 205 million people watched Invictus beat Fnatic in the League of Legends World Championship final, which represented a seminal moment for the nascent esports industry. For the first time, a competitive gaming match had overtaken traditional sporting events like the Super Bowl and Wimbledon in the popularity stakes.

It was also a great moment for China, as local heroes Invictus finally brought an end to a long period of South Korean dominance. The vast majority of those 205 million viewers came from China, and they witnessed a devastating display from their heroes.

IG were the clear underdogs in the Unikrn.com betting odds, as Fnatic had looked invincible up to that point, but the Chinese pulled off a stunning upset. Gao “Ning” Zhen-Ning delivered an MVP performance, while Rookie and Duke were superb in their lanes, battering the European team into submission throughout.

Their were tears among some of the players as they hoisted the trophy amid an avalanche of golden confetti, while others were bent over in sheer exhaustion from the rigours of the match. It was a glorious moment for the Chinese esports scene and it will be fascinating to see what happens at the 2019 Worlds now that Fnatic are on fire, the South Korean teams are looking strong again and IG will prepare to mount a defence of their title.

A Fairy Tale Triumph for OG

The International 2018 was the richest esports tournament in history and it culminated in a pulsating battle between OG and PSG.LGD. European outfit OG went into the tournament as massive outsiders after losing two of their main players just before it began. They cobbled together a makeshift team and they were expected to serve as the whipping boys of the Dota 2 showpiece.

They just about grabbed the final spot for the knockout rounds, but they were then constantly underdogs for every match. However, they displayed great character to topple Group B winners VGJ.Storm and they then prevailed in a tense clash with Evil Geniuses.

That teed up an eagerly anticipated best-of-five showdown with the heavyweights of PSG.LGD in the Grand Final, and OG soon found themselves 2-1 down and staring down the barrel of a crushing defeat. They were on the ropes in Game 4, but Ceb produced some great clutch plays to buy time for his team Yet they battled back in sensational fashion and then ana’s Phantom Lancer grew to be nigh unstoppable as he took on LGD’s entire team by himself, leading LGD to submit after 65 pulsating minutes of action.

It went into a decider and once again LGD were largely on top, but a stunning play from JerAx on Rubick turned the game on its head. It saw ana, Topson, Ceb, JerAx and N0tail take home an $11.2 million first place prize purse, and they are now among the richest esports stars of all time. It was a real Cinderella story, and JerAx’s sensational work as Earthshaker on Rubick will feature on highlights reels long into the future.

An astonishing 20 million players entered qualifying for EA Sports’ FIFA eWorld Cup 2018. In the end it came down to just 32 of the very best gamers – 16 on Xbox and 16 on PlayStation – and they gathered in London to decide a champion. Saudi Arabian superstar Msdossary surged into the cross-console final thanks to a string of dazzling performances in which he ground down his opponents with the sheer intensity of his play.

He took on PlayStation king StefanoPinna in the two-legged final, and romped to a 4-0 victory to land the $250,000 prize. It catapulted Msdossary into a new stratosphere of fame, as he ended up mingling with leading players like Cristiano Ronaldo, Luka Modric and Thibaut Courtois at the FIFA Best ceremony, bringing esports and traditional sports together in glorious fashion. The 2019 FIFA eWorld Cup looks set to be even more competitive and this title is doing wonders for the popularity of the burgeoning esports scene.

One of the most exciting moments within the esports scene over the past 12 months took place at a press conference rather than during a big match. Epic Games gave the competitive gaming scene a huge shot in the arm when it announced $100 million in prize money for Fortnite tournaments throughout 2019. The publisher is giving away $1 million each week in a series of qualifiers, and there will be a cool $30 million up for grabs at the Fortnite World Cup in New York this month.

That will see it overtake The International as the richest esports tournament of all time. The winner will walk off with $3 million, while each of the 200 competitors will earn a minimum of $50,000. In one fell swoop, Epic Games has drastically increased the number of gamers that are able to earn a handsome living for their exploits – regardless of your thoughts on Fortnite – it represent great news for the overall health of the esports scene.