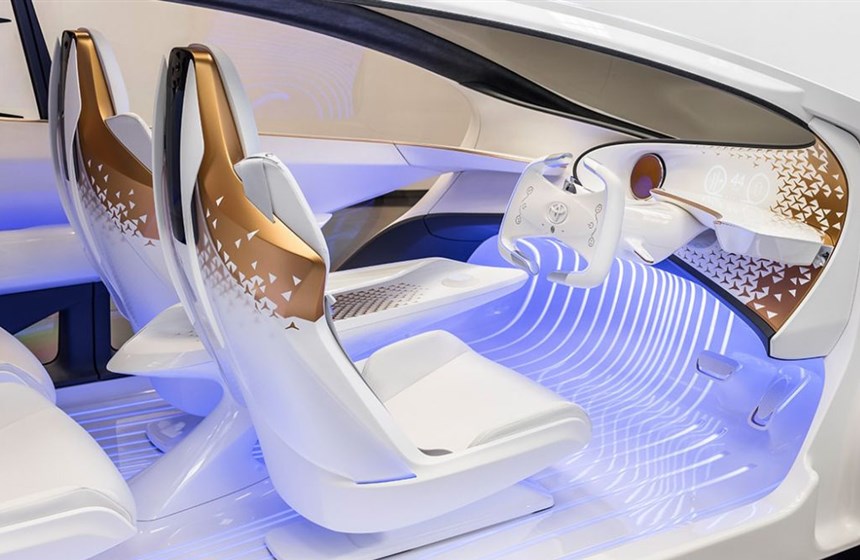 I’ll be brief in regards to Self-Driving cars, in its current form the cars might be hacked and increase crashes. However, it seems like companies are working on them for this to not be an issue in the future. Nowadays, it’s all about what the drivers will be able to do with their self-driving cars. Toyota stepped out to talk about one of the functions its new line of cars will have: The ability to chat with drivers.

The Concept-I vehicles made by Toyota will hit trial roads by 2020. After unveiling a concept model for a new line of autonomous vehicles, Toyota expects to start testing these driverless cars in 2020. Considering governments are paving the way for these trial-runs by making stricter use of electric and hybrid cars, it’s not surprising.

These vehicles’ main selling point is that they will be powered by an actual Artificial Intelligence. The cars will come with an AI by the name of “Yui”, which isn’t your average autonomous system. Toyota wants their AI to be able to chat with drivers and get to know them better by using their preferences, emotions, and habits, which Yui builds through deep learning.

The future of Self-Driving cars is still uncertain. With the recent exploit that can make them crash easily, it’s not going to be easy for manufacturers to work around this. However, the features that the self-driving cars will include are nothing short of amazing nowadays.

The Artificial Intelligence behind the wheel will talk and socialize with people. This will be a great development for AI in general as well as the system behind Self-Driving cars.