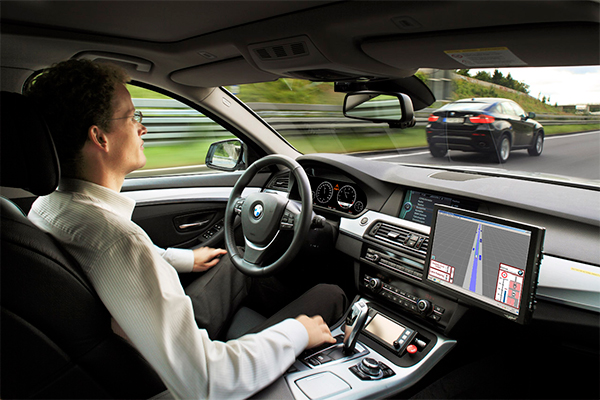 Slowly but surely, the future regarding Driver-Less cars being the norm is becoming a reality. We’re probably coming close to seeing days where a lot of the vehicles used for transportation are automatic.

As such, the California Department of Motor Vehicles approved new rules that would allow self-driving cars to hit the road without a human behind the wheel, ready to take over at any time.

This new set of regulations that’s set to take effect on April 2 onwards will allow different companies to continue autonomous vehicle (AV) testing on the roads of the Golden State and likely will lead to the technology becoming mainstream.

“This is a major step forward for autonomous technology in California,” DMV Director Jean Shiomoto said in a statement. “Safety is our top concern and we are ready to begin working with manufacturers that are prepared to test fully driverless vehicles in California.”

Of course, it’s worth mentioning that California has also shown its interest on SDA’s. They have considered banning the sale of cars (and other vehicles) that use an internal-combustion engine to favor electric and Self-Driven Cars.

The requirement for SDA’s is to have a remote control for the vehicles. Companies must show that they can control the car from long distances. This ruleset was the centerpoint of a hearing in Sacramento last year.

Of course, there are detractors to this new proposition. Consumer Watchdog, a group that opposes SDA technology released a statement penned by John M. Simpson.

“A remote test operator will be allowed to monitor and attempt to control the robot car from afar,” said the group’s privacy project director. “It will be just like playing a video game, except lives will be at stake.”

I have talked about how Ford and other companies are interested in the development of SDA’s before. We’ve also talked about how SDA’s can reduce traffic but increase Sprawl and some other problems caused by the vehicles like Exploits and Uber’s incident.

Could this be the advancement towards a new era of transportation? Should we listen to Consumer Watchdog’s warnings? It’s important to take many factors into consideration while these tests are occurring. But at least SDA’s seem to be going on the right path.