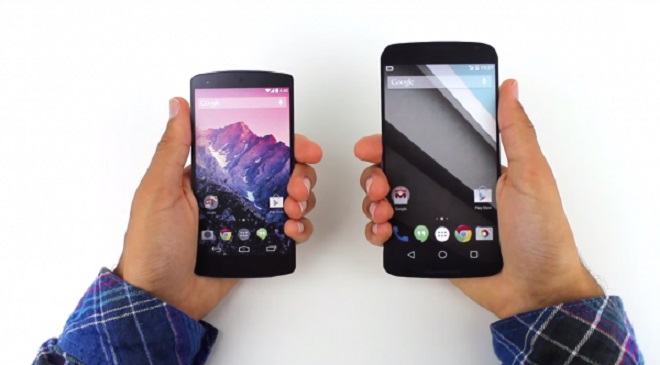 In the past two years, Google, LG and Motorola have released two new smartphones, the Nexus 5 and Nexus 6, which have both impressed fans and skeptics alike. With the Nexus 5, Google’s and LG’s philosophy was to create a smartphone that is a flagship, yet affordable at the same time. Stock Android is one of the best features of the Nexus line-up and that was best exemplified through the Nexus 5 in 2013. Even though we’re already in 2015, the Nexus continues to keep its title as one of the best flagship smartphones on the market. Nonetheless, in 2014, Google and Motorola teamed up to launch the massive Nexus 6, the phablet of the group with a 6 inch display.

The Nexus 6 launch was received with a lot of skepticism, as phablets – as in phones with displays larger than 5 inches – were just taking off in the smartphone industry. Compared to the Nexus 5, the Nexus 6 is a massive beast, and it’s considerably more expensive too. The sad part is that Google has discontinued the Nexus 5. The good part of that is that you can still find the Nexus 5 on offer on many ecommerce retailers like Amazon, and it’s still very affordable.

Although the Nexus 5 was released in 2013, it still holds true to its flagship status by performing extremely well under stress, so to speak. Of course there are shortcomings in the smartphone, the camera being the biggest one, but fans still seem to be enjoying the stock Android user interface and the great performance that this phone offers. This time around, we’re pitting the Nexus 5 against its Nexus 6 successor to see whether the latter is truly worth double the price and whether that big display adds to the user experience in any way. Keep in mind that size depends on preference, so if user A likes big smartphones, it doesn’t mean that B to Z like them, too.

First off, the Nexus 5 was launched in 2013, which should already be a clue as to what kind of specs it boasts with. Clearly, the Nexus 6, released a year after, is the superior smartphone when it comes to specs. But that doesn’t mean that it’s worth the investment. That’s what we are going to try to find out through this comparison, Is the Nexus 6 the perfect example of a functional, powerful, stylish phablet? Or is the Nexus 5 the perfect example of the Google philosophy? By the end of this comparison, you’ll come to understand that the answer to both those questions is yes.

On the next page: Nexus 5 vs Nexus 6 design and display compared.