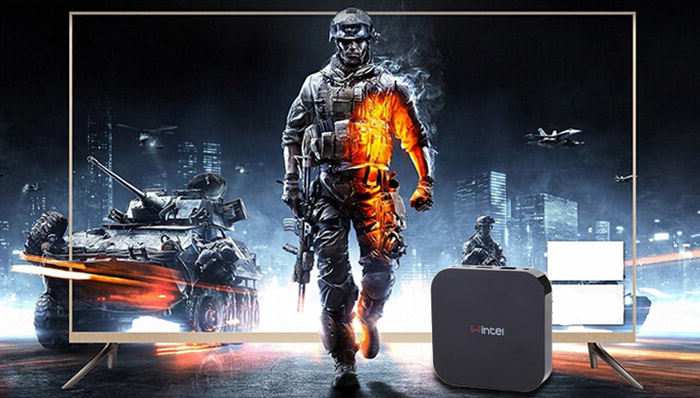 The Mini PC seems to be becoming very popular among tech enthusiasts and office workers, as well as teachers, students and CEOs thanks to the convenience that such a device offers. Although not the most practical of them all, the Mini PC carries quite a few features that can be very significant for a certain niche of people. Portability is one of the biggest and best features of the Mini PC as a device, but there are many other features hidden under the surface.

Seeing as many of you seem to be interested in the Mini PC and what it has to offer, we’ve checked with our lists and trackers and found two different devices that exemplify why the Mini PC has such pull in the community and why people love it. Naturally both of the options we have are on a discount and from Chinese manufacturers and retailers that specialize in the genre.

First off, we have the Wintel W8 Mini PC, which is the more interesting of the two that we’ve come across. The Wintel W8 price is set at $87 on GearBest and it’s one of the more special, interesting and unique options out there. Although not that common in the U.S. the dual-boot Mini PC is a wonderful investment, especially when it comes to people that multitask, freelance, teach, speak or interact in office environments and in community environments. The Wintel W8 Mini PC can load both Windows 8.1 and Android 4.4 KitKat.

The dual-boot Mini PC has a few clear advantages and disadvantages: you can access the Google Play Store, and the Microsoft Store on the same device and you can take advantage of both the Google and the Microsoft ecosystem for a seamless organization of your files and documents. The negative side of dual-boot Mini PCs is that they tend to slow down or lag on occasion, but the Wintel W8 seems to handle such stressful situations without any major issues.

Another disadvantage of the Mini PC, since we’re on the topic, is that it’s not a complete setup. It’s not a desktop, it’s not a laptop and it’s not a tablet. It’s basically the main unit but significantly smaller. You can even put some Mini PC s in your pocket without a problem, although most of them are about the size of a small book. The Wintel W8 is one of the ones that fit in your pocket, which is a plus.

You just need to connect a display, mouse and keyboard through Bluetooth, HDMI or USB and you’re ready to go. This kind of Mini PC is especially great for home environments as it can turn your tv smart in a matter of seconds, but it’s also recommended in office or learning environments where a projector can also be used.

The second option that we’ve come across is the Beelink M808, which you can buy for $88 on GearBest. This Mini PC is slightly different in specs and use cases, but it functions and fills the needs for the same kind of environments. It comes with the same processor and the same amount of RAM, but it only has 16 GB expandable internal storage.

The device comes with an interesting design that lets you attach it to your TV, although not every TV will be compatible with the slots Beelink created in the device, so make sure to check that before ordering. The Mini PC comes with double the USB 2.0 ports, HDMI, audio jack, microSD card slot, LAN interface, Bluetooth 4.0 and Wi-Fi.

The interesting part of the Beelink M808 Mini PC is that it’s detachable and can be disassembled, thus allowing for a learning process to take pace, and as such, this device would be great for classrooms and enthusiasts as well.

No matter which of these you choose, the concept of the Mini PC is fairly well demonstrated. Although not the most useful device, the Mini PC can be really handy when it comes to safe keeping files, moving documents, freelancing without a laptop and many more. Its portability and versatility make the Mini PC a pretty modern and future-proof device that we see a future for. How about you?