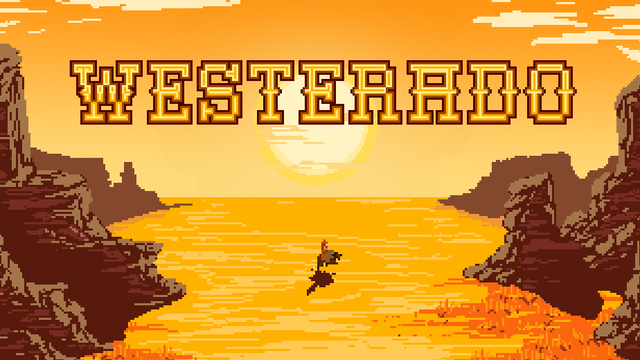 Ah hafta apologize for bein a bit behind tha times regarding that rootin’ tootin’ open-world action-RPG Westerado: Double Barreled. Ah had loaded my wagon and hit the road for Chicago, moseying my way through New York, Ohio, Indiana, and Pennsylvania for the promise of new adventures and opportunities – and for all ah carried, Westerado was the least burdensome. Its gameplay was crispah than a lettuce from a ice box and twice as fresh.

Now ahm settled in southern Chitown’s Chinatown, livin’ with four students smartah than ah am, two cats, and a locomotive that comes on the regular every forty five mins or so. It’s a new frontier for yours truly, even if the road ah took to git here is well traveled with the footsteps of other pilgrims.

So why am ah I talkin’ like ah flunked first grade grammah school and rabbling on about my current situational fixin’s? Cause sometimes a game gits under yer skin and you see the real world through its lens, and Westerado: Double Barreled is a tour-de-force in game immersion and its dialect is a key component.

Similar to nostalgia, dialect is delicate, but potent. The likes of Stephen King and Elmore Leonard are experts at tossing the rules of grammar out the window and replacing them with a laser-focus on style and atmosphere and characterization.

Like King or Leonard, Westerado does it so right, it’s infectious. This is arguably the most ‘authentic’ reading video game in quite some time. Which is special because the game features zero voice acting – yes, you have to read all the dialog, and it’s a joy. “I” becomes “ah”, “get” becomes “git”, “my” is “mah” – splendidly communicating how folks talked and sounded in a time before schoolin’ was a mandatory kinda thang.

It’s Taratino-esque in that the fun isn’t in what the characters say, but how they say it. So, for writers and gamers and the overall curious – how do you go about delivering quality dialect? You gotta close your eyes, open your ears, and have a notion for commotion.

In 2009 I was tasked with writing a spec script for the HBO Dramedy ‘Entourage’. Whether you like this show or not, it has a distinct ‘voice’. The characters – Vinnie, E, Drama, Turtle, Ari, and Lloyd, are expertly defined. I was insanely proud of my script, and in fact a former “Cosby Show” writer complimented me on how I nailed the voices, and *especially* liked a moment between Ari and E, which felt authentic to the show. Turns out everything that happened in my script, happened (in one way or another) the following season.

I was *so* in tune with this show, its characters, and where they ‘would go next’ that I hit the nail on the head and delivered six episodes worth of character development in a single 30 page script. How did I get in touch with these characters? To start, I popped in my favorite episode of Entourage, hit play, and sat facing away from the TV, removing the visual element. With the visual gone, the audio becomes more potent. How characters talk, repeat sayings, dropped vowels and strange cadences. You then watch the episode…again. And again. Three times.

Then you write. And you write. You set a scene, plop in the characters, and see what develops. If you’re good, the characters will speak to you – you know what the socially awkward E would say to a stripper, and you know Johnny Drama will look the same stripper straight in the eye and ask her to sit on his lap, bro. You just…know – and you have to be fearless.

Westerado: Double Barreled *is* fearless; confident players will ‘get’ the stylized dialog and parse the phonetics properly. Many publishers would look at the “mahs” and “gits” and “Ahms” and demand they be written properly, else confuse players – thankfully Adult Swim made a fortune with a talking meatball and immature milkshake – so it’s a bit more open-minded than most.

Alas “most” doesn’t mean publishers. It also means players and writers and social media hounds. See, the dialect in Westerado works and is so charming because it’s also innocuous. It’s white people talking southern in ye olden times – it feels authentic even if it isn’t. Doing this sort of thing cross-culturally would be a minefield. Had the development team attempted a demake of ‘The Wire’ and tried to copy the ‘urban’ cadence of that show and its characters – whatever they produced surely have been met with charges of racism and stereotyping – regardless of how ‘real’ it sounded, despite most scholars on the subject agreeing ‘ebonics’ is an accent like any other.

In a world where diversity and cultural differences should be celebrated, it seems depicting those cultural differences comes with a large PR risk – look no further than Assasin’s Creed: Black Flag, where your skipper is a freed slave that writes off hundreds of years of racism with a single line of dialog. Look at the Tomb Raider reboot – a game so petrified of scrutiny its main character was blander than sugar-free vanilla wafers, replacing any personality with gruesome ‘equal opportunity’ violence. GTAV had expert characterization and dialog and interpersonal communication – and it was completely glossed over, I guess because a game like GTA can’t be viewed as ‘intelligent written’.

Rob Paulsen’s “Talking Toons” Podcast has often mentioned being baffled at the voice-recording process for major games. For every BAFTA winning Batman game, there’s fifteen other titles that simply record the dialog with zero direction or focus on subtext or motivation – like a script is just a thing you gotta record – not the very heart & soul of a game.

“But games are meant to be played, not read, or watched or listened to – I don’t “care” about the story in God of War!” you may say. And that’s fine. But unless you’re crazy, you want games to move forward right? You want the bar to be raised to where today’s ‘bad’ is still leaps and bounds better than the ‘good’ from 15 years ago, right?

By diving into the past and delivering us a most refreshing take on character dialog, interaction, cadence, and dialect, Westerado: Double Barreled has done just that – raised the bar. The game feels like a western adventure because it reads like one. Throw in stellar music, fantastic color pallette, and simple-but-strategic gunplay and it’s hard *not* to find yourself infatuated with a game world that feels more ‘real’ than almost anything out there.

But don’t just take my word for it. Find it out for yourself! Like and Share this article on Facebook or Twitter and leave a comment and tell us: What’s your favorite Western movie or game – and you’ll be entered to win a free steam code for the game!

We will choose the most interesting comment, so be creative! Also leave us your email in your post so we can contact you if you win.

Now someone start on a “Gunslinger” mod, alright?