The Moto 360 sold out shortly after being officially launched 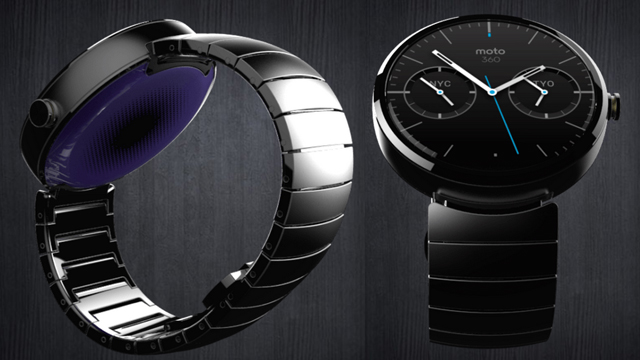 The Moto 360 sold out shortly after being officially launched

Motorola finally launched its highly anticipated circular smartwatch at the IFA Trade Show in Berlin. The Moto 360 was expected to be a huge success, but I don’t think anyone expected it to sell out in just a few hours after launch. Well, believe it or not, that is exactly what happened and shortly after launch potential buyers were greeted with the message “out of stock” on both Motorola’s website and the Google Play Store. The company itself then announced that availability for the Moto 360 will be limited for a while. On the bright side, several retailers might still have the smartwatch in stock, but they will most likely not be selling it online.

As for the device itself, the Moto 360 is one of the few circular Android Wear watches currently available on the market, which is why people were pushing and shoving to get ahold of it. The smartwatch features a 1.5-inch P-OLED display complete with Corning Gorilla Glass 3 protection and 320 x 290 resolution. Hardware-wise, the Moto 360 comes equipped with the Texas Instruments OMAP 3 processor, 512 MB RAM, 4GB internal storage memory and 320 mAh battery. The Moto 360 also sports IP67 certification and comes with several useful features such as pedometer, heart-rate monitor, voice activation and vibration alert. Color options include Black and Silver.

The device is similar in terms of specs to other recently announced smartwatches such as the LG G Watch R and the Samsung Gear S. However, the price tag is a very strong selling point compared to its competitors as the Moto 360 only costs $250. As mentioned, the electronic watch is no longer available for purchase from the Motorola website or the Google Play Store, but a new batch will likely be put on sale in the near future. It’s a pretty safe bet that the next batch will also sell like hotcakes so it looks like only the lucky or the patient can get their hands on the Moto 360 for the time being.