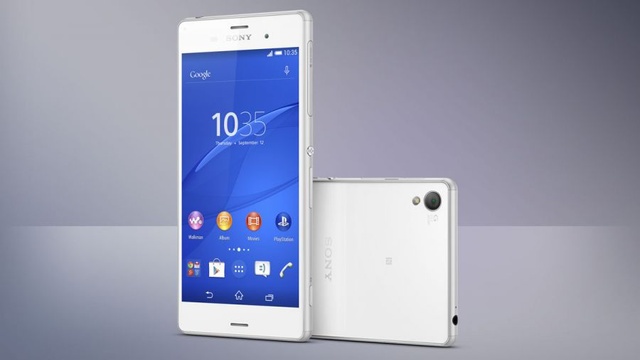 The highly anticipated Sony Xperia Z3 smartphone is coming to Verizon Wireless, Sony announced earlier today. Verizon’s variant of the device goes by the name of Xperia Z3v and features a slightly different design as well as wireless charging. The Xperia Z3v doesn’t have metal sides like the regular model does, but instead opts for soft plastic with an aluminum band along each side. Apart from that, there are no major design changes and that’s a good thing too as the Sony Xperia Z3 looks beautiful as it is. There are also very few hardware differences between the two models, with the only notable one being that the Xperia Z3v sports a larger 3,200 mAh battery. By comparison, the Xperia Z3 features a 3,100 mAh battery pack.

The rest of the specs are pretty much the same and the operating system is still Sony’s modified version of Android 4.4.4 KitKat. Hardware-wise, we’re looking at a powerful Qualcomm Snapdragon 801 chipset with quad-core Krait 400 CPU clocked at 2.5 GHz and 3 GB of RAM. The Sony Xperia Z3v also comes equipped with an impressive 20.7 MP primary camera, 16 GB/32 GB internal storage memory options and a 5.2-inch display complete with 1080 x 1920 resolution, 424 pixel density and Triluminos  technology.

Also worth mentioning is that just like the Sony Xperia Z3, the Xperia Z3v is IP68 certified and features a microSD card slot that allows for up to 128 GB of additional storage memory.However, unlike the regular model, the Xperia Z3v will only be available in black and white colors. The device will arrive at Verizon on October 23rd and will be available on contract for the price of $199.99.