Huawei at the MWC 2015: surprise from the Chinese company 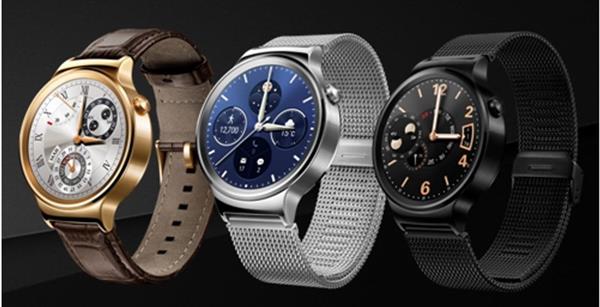 Huawei at the MWC 2015: surprise from the Chinese company

Even though Huawei might not be the headliner at the MWC 2015, the company is quickly rising to the top of the mobile technology market with affordable, stylish smartphones and other devices. Huawei has announced that it would be bringing a few neat surprises to the MWC 2015 show today and we have the full scoop on what this rising Chinese company prepped for 2015. Huawei, a few weeks ago teased some new phones they would be launching at the MWC show today, but also managed to send out the scoop about a new smart watch/wearable they would be unveiling. Even though the wearable has sparked a lot of curiosity, most people were curious to see if Huawei would announced the Mate 8, P8 or a smaller version of the Mate 7.

There wasn’t as much interest towards the Huawei event, as there is for the HT One M9 event which is starting soon or the Samsung Galaxy S6 Unpacked event, which is starting a bit later in the evening. Still, there was a lot of excitement in the air ahead of the show and with good reason. The show itself wasn’t too special, but here’s what Huawei decided to bring to the MWC 2015 to try and compete with the massive launches from other companies. The turnout for the Huawei event was pretty big today, which we didn’t expect. Still, there’s tons of rumors about a new Android Wear watch going around among attendees.

Once the show started, we could read Huawei’s headline: “Make it possible”, referring to nothing is impossible. We didn’t like the fonts they used, but hey, that’s not what matters at a show. Huawei discussed a bit about how they want to make it big on international markets, which we were expecting as the Chinese company is quickly rising to the top. Naturally, the company emphasized how much and how hard they worked towards getting to where they are now. Amy Lou, the global brand director at Huawei took the stage and talked about how the company wants to cater to both high-end and low-end markets. The focus of the introductory speech was to emphasize how much Huawei has grown, getting to 65 % global brand awareness thanks to their newly launched Honor branch. The company managed to get onto the top 100 brands list, which is quite the achievement from a company from mainland China. They are in 94th place, but it’s still progress.

And we have a wearable! The Huawei Watch was announced as the first Android Wear watch from the Chinese company and it’s stylish, to say the least. The watch resembles a hybrid between the LG Watch Urbane and the Moto 360, and it looks really stylish. It comes with a 1.4 inch display which has a 400*400 resolution and it’s a full circle. It’s got a stainless steel body which looks amazingly well-crafted, not to mention an AMOLED display which has a sapphire crystal lens cover on top so that you won’t be scratching it anytime soon. The Huawei Watch includes a 6 axis sensor, barometer, heart rate monitor, motion sensor and more. The Huawei Watch will be available in three colors, gold, silver and black.

But that wasn’t all! We were quite taken aback to see that the company is also launching a fitness tracker, called the Huawei TalkBand (which reminds us of the Sony SmartBand Talk a lot) which is the culmination of Huawei’s efforts to get into the wearable fitness tracking business. The TalkBand B2 is the successor of last year’s B1 and it actually comes with its own Bluetooth headset. The design is quite neat, as the aluminium bracket is surrounded by either leather or TPU bands, which look rather nice. It also gets a 6 axis sensor, like the Huawei Watch, and has sleep monitoring and fitness tracking abilities, like any other fitness tracker on the market. The neat thing about it is that Huawei says it will last for 5 days on a single charge and it is actually compatible with both Android and iOS devices. Besides the TalkBand B2, Huawei also launched the TalkBand N1 which stands out with Hi-Fi Stereo, yet another Bluetooth headset and 4 GB itnernal storage. It’s also IP54 waterproof certified. The TalkBand B2 price is around $223 for the gold version and around $190 for the standard version. The TalkBand N1 will cost $133, which is pretty neat. 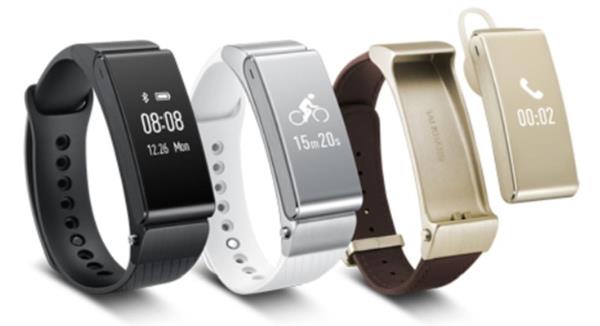 But Huawei didn’t just show off wearables at the MWC 2015 event today, as it decided to introduce yet another massive tablet, the Huawei MediaPad X2. The MediaPad X2 is a tablet and a phablet in one, as it is cellular enabled. Still, it’s a massive device with a 7 inch phone, so only few out there would feel comfortable using it as a phone. Nonetheless, the opportunity is there, so there might be crowds who would take advantage of that. Moreover, Huawei has included an earpiece in the package with the MediaPad X2, which means it won’t be so obtrusive when you’re using it as a phone. That’s a neat thought. Design-wise, if you didn’t know better, you would confuse the new device with a Huawei Mate 7, as it looks nearly identical, save for being larger. It’s got very thin bezels, which look appealing on such a large device and make for great screen to body ratio. 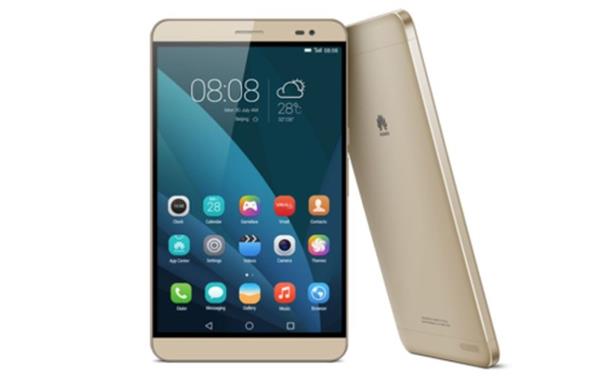 Speaking of the display, it’s a 7 inch panel with a 1920*1200 resolution, which is ok for such a big device. It’s not the best we’ve seen, but it’s definitely bright enough for the average smartphone/tablet user. The new Huawei tablet gets a 2.0 GHz Kirin 930 octa-core chipset under the hood, with LTE Cat 6 built-in, a 5000 mAh battery unit, a 13 MP camera on the rear, a 5 MP camera on the front and of course, Android 5.0 Lollipop, making this the first Huawei device to make use of the new operating system. That HiSilicon Kirin CPU is backed by 3 GB RAM and 32 GB internal storage or 2 GB RAM with 16 GB internal storage.