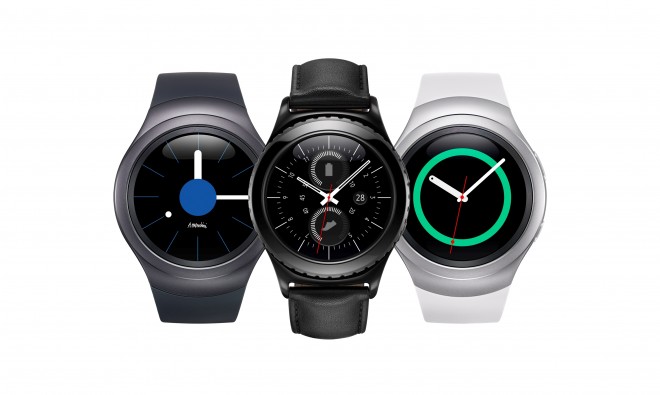 We live in an era where everything gets highly technologized, we have access to tons of information and means to get it fast and we make every gadget as “smart” as possible. One of the most popular gadget at the moment, the must have is the smartwatch. Taking in account how many companies are manufacturing smartwatches to better complete our smartphones and also bring innovation, it gets harder to choose the most efficient smartwatch. By balancing design and functionality here are the top 10 best smartwatches manufactured by November.

The Sony SmartWatch 3 is not the best looking wearable but it has a classic stainless steel design which makes it appealing for people who are looking for an elegant smartwatch. Although it lacks in display quality as it only has a 1.6″ LCD affair it is one of the most durable smartwatches on the market with an IP68 rating meaning it can last for about one hour at more than 1 meter depth submerged in water. Sony SmartWatch 3 is one of the first Android Wear devices that has a built-in GPS system, Wi-Fi and Bluetooth connectivity, all packed with 4GB of storage. With a decent battery of 420mAh and a $100 price range Sony SmartWatch 3 has one of the most complete set of functionality. 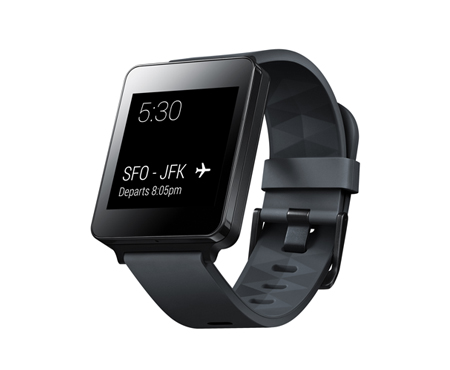 LG G Watch is again one of the smart watches that don’t impress with design but bring some special features. The LG G Watch is an Android Wear powered device that integrates the software’s impressive voice recognition and it has the potential of supporting updated features. The wearable lacks in its 1.3″ P-OLED display that is practically unseeable in bright sunlight and lacks in battery life. LG G Watch is dust and water resistant and offers decent functionality and can constantly be upgraded which make its $100 price range seem fit. 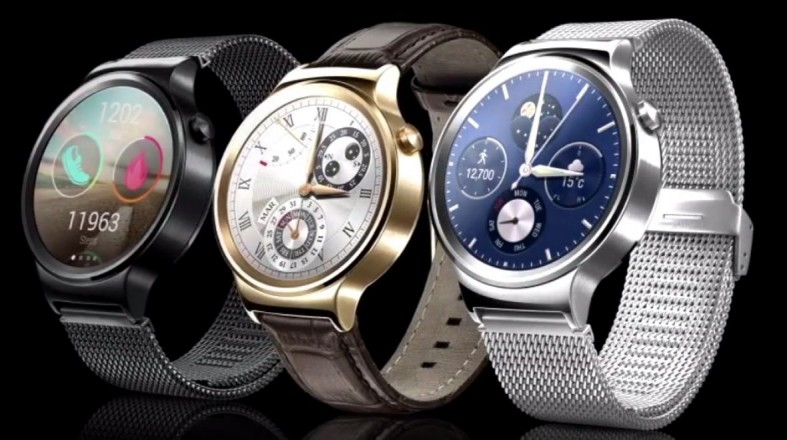 While the first two smartwatches lacked in design, Huawei Watch actually looks like a good looking watch. This wearable has a fully circular AMOLED screen with vibrant colors that can’t be missed but it does lag a little while opening apps. Although functionality is limited the Huawei Watch is compatible with both Android and iOS. Huawei Watch is one of the expensive wearables having a $400 price range mostly for its design that is highly customizable. 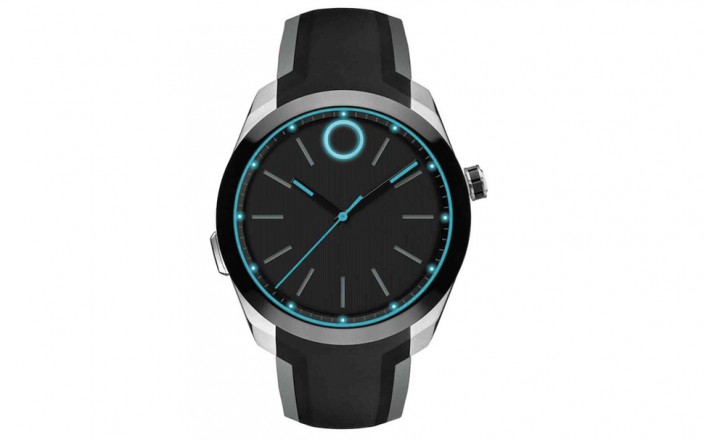 Movado Bold Motion is actually the result of HP and Swiss Watchmaker Movado partnership that resulted in one of the most beautifully designed smartwatch. Although it can connect with latest iOS and Android devices over Bluetooth it doesn’t have a regular screen. Its display only looks like a clock that notifies you only through vibration and LEDs. Although the lack of screen limits its functionality, Movado Bold Motion looks like a elegant watch you’d love to wear but unfortunately its price range is $700. 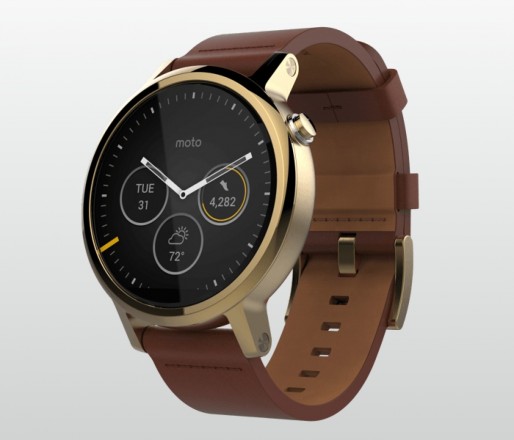 Motorola Moto 360 (2015) is one of the first Android Wear smartwatch built in different designs for men and women. Moto 360 is highly customizable with Moto Maker and it is compatible with both iOS and Android. As Motorola Moto 360 has similar specifications and performance of most of smartwatches on the market it mostly comes down to its design and functionality. But also the price range has a saying in choosing the best smartwatch and Moto 360 can be bought around $100. 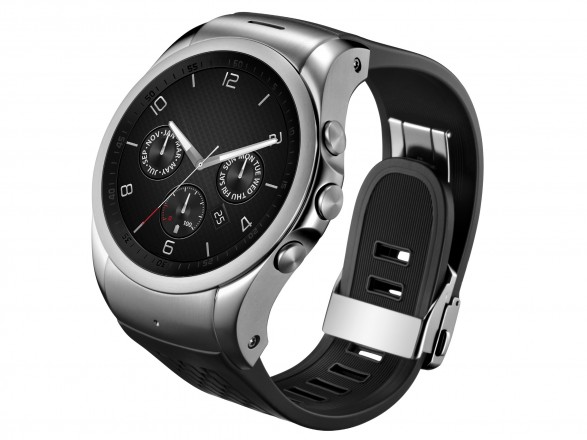 LG G Watch Urbane is the more fashionable and expensive version of LG G Watch R as it comes with a $349 price while its former version has a $100 price range. Although the design is the first thing that stands up in the LG G 2nd version it has some superior specifications LG G Watch Urbane is powered by the latest 5.1.1 Android Wear and comes with an improved battery life. All in all LG G Watch Urbane can be compared with the top smartwatches when considering its polished design but can still upgrade its performance. 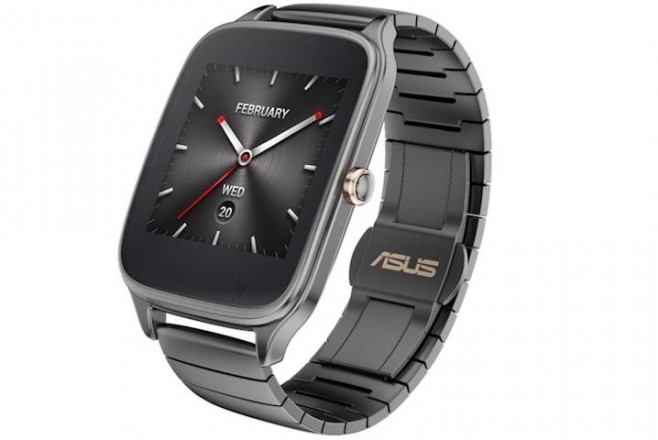 Asus ZenWatch 2 has the same display and processor as its predecessor but it got upgraded with a more customizable design and an outstanding battery life. Although it isn’t nearly as good looking as other smartwatches listed in this top it is compatible both with Android and iOS devices and has an affordable $150 price range. Although there is still room for improvement the Asus ZenWatch 2 is better than its previous version and still keeps its affordable price range.

What the Pebble Time Steel version has more than its basic Pebble Time smartwatch is the extra long battery life that can last up to a week. Also the design is very much different and more appealing. The Steel version of Pebble is compatible with both iPhone and Android smartphones but it doesn’t have heart-rate monitor sensor or GPS tracking because they will come as extras soon. Although Pebble Time Steel is a little bit more expensive than its predecessor having a $250 price range it does look better and has that amazing one week battery life.

Most of the people consider Apple Watch being the number 1 smartwatch on the market but to be fair it is highly expensive and lacks the functionality of other wearables mentioned in this top and also can be used with iPhone 5 and later editions. Apple Watch is indeed one of the best built smartwatches with a unbeatable slick design and a fashionable appeal. One of its most important feature is its ability of sending and receiving calls through a compatible iPhone. Apple Watch somehow balances functionality with battery life but considering its compatibility only with iOS devices its $400 price range seems a bit exaggerated. 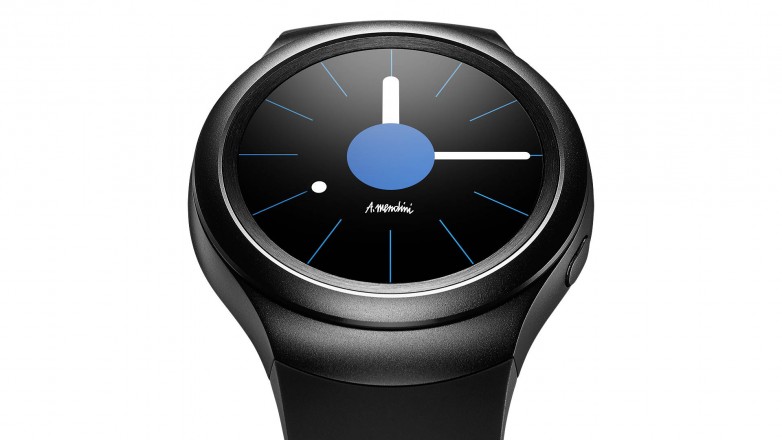 Samsung Gear S2 is one of the most intuitive and compatible smartwatches from the list and also is powered by Samsung’s own operating system Tizen. One of the most impressive feature embedded into the wearables design is the rotating Bezel used for navigation. Although it is compatible of a large variety of Android smartphones, Samsung Gear S2 has no compatibility with iPhones. With a great battery life and interactive GPS system Samsung Gear S2 has reasonable price range of $200-300 depending on the features you require.