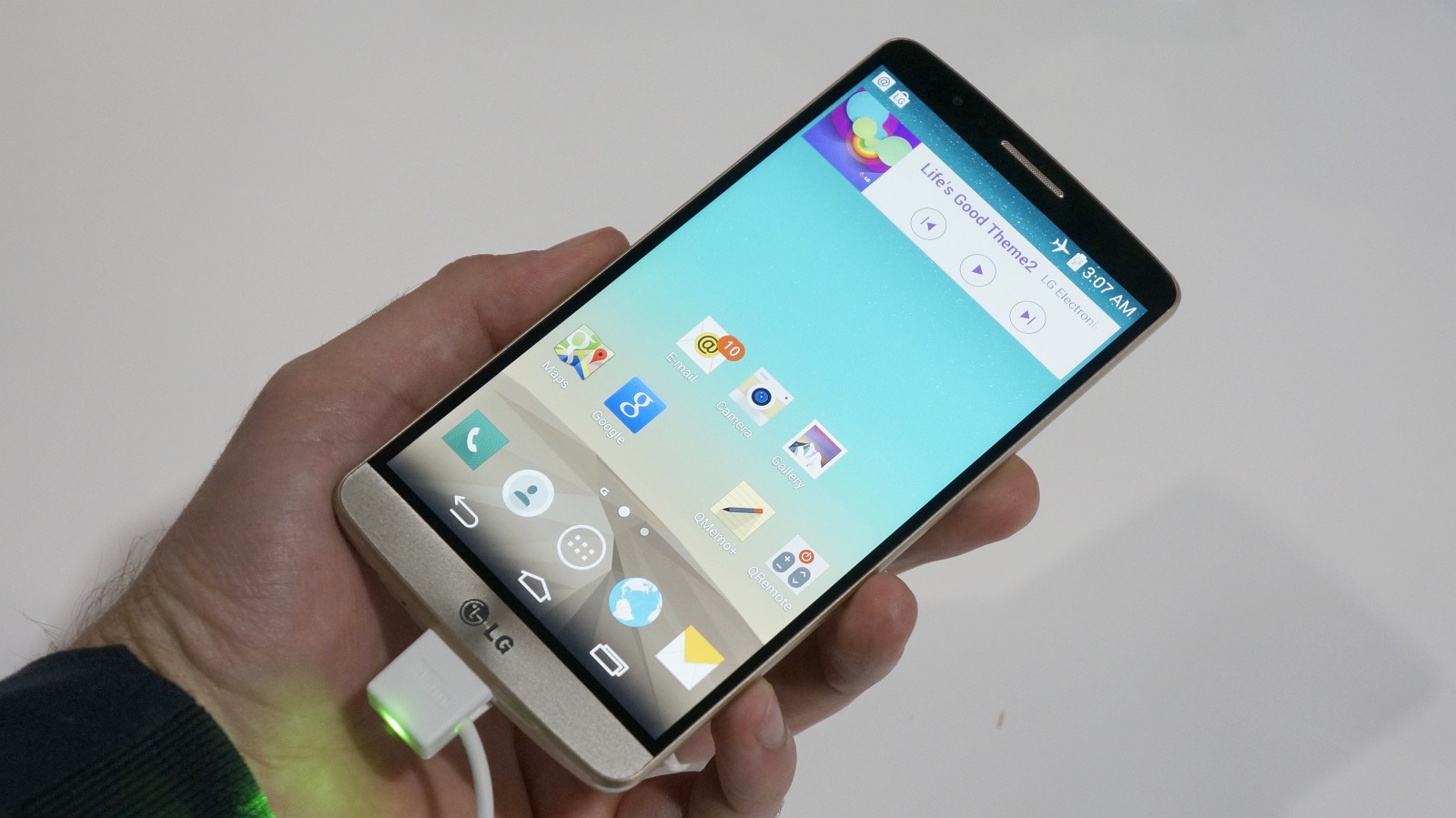 The LG G3 is considered one of the best smartphones of 2014 and there are many people out there who are still enjoying all the features that the QHD smartphone offers. Even though the LG G4 was launched and it is already being prepared for orders worldwide, the LG G3 remains an iconic member of the smartphone line-up of the past few years and no doubt will keep its good reputation for more years to come, as it’s one of the most future-proof phones out there. Although it’s overall a well-balanced smartphone, the LG G3 still has some bugs since Android 5.0 Lollipop began its rollout.

Android Lollipop created a few LG G3 bugs, but that’s nothing to be surprised at as it seems Google’s new version of their Android operating system did not or does not get along well with other phones besides those in the Nexus line-up. Motorola, Samsung, Lenovo and many other OEMs’ smartphones have been having trouble with Lollipop, but each is working on fixing them as newer version of Android, like Android 5.1 Lollipop come around.

LG G3 bugs on Android Lollipop are thankfully not widespread, seeing as LG’s Optimus skin is not that much of a skin as TouchWiz is for example and the company doesn’t need to allocate so much time for approving the builds that they get from Google. Nevertheless, people are still encountering a few LG G3 bugs and we’re aiming to find the most common ones and providing ways of fixing them.

Keep in mind that each LG G3 user has different uses for their phone and has different usage patterns. That means that the fixes for LG G3 bugs that worked for person A might not work for person B. Although we do our best to gather all the fixes that have been tried by users, we can’t scour every single forum thread for every minor bug that occurs. That is why we will ask you to complete this bug list with your own experiences in the comment section below, so that fellow LG G3 users can get a comprehensive look at what needs fixing and what doesn’t.

Without further ado, let’s see about those LG G3 bugs and how we could attempt to fix them. One of the most common LG G3 bugs that we’ve encountered in forums was battery drain and prolonged charging time. It is the most common LG G3 bug because there are users out there who might not be accustomed to how updates work or how they effect their smartphones. Which is why, before attempting to fix a battery drain problem on the LG G3, consider this.

Once an LG G3 update is installed and your phone is rebooted, there are changes made to the software. In order for the changes to take effect, the system will consume more power to update everything. Usually, once you get a software update, you will also get update notifications about the apps that you use, regardless if they’re pre-installed Google apps or third-party apps that you’ve downloaded, it is highly recommended that you update everything.

New updates usually cause battery drain on the LG G3 and any smartphone for that matter, as this issue is not confined to Android only. The first thing you should do is update all your apps and do a reboot. Battery drain might occur in the next couple charging cycles, and you should definitely do a few of those to get back to normal. You should let your LG G3 battery drain completely and then connect it to a charger and let it reach full battery capacity. Doing two or three of these charging cycles in a week will definitely help with battery life problems.

If you just installed the LG G3 update, then battery drain is pretty normal. But if you’ve had it for more than a week, and your battery life still sucks, then there might be something else at fault. Usually after a few charging cycles, the battery life gets back to normal. But if it doesn’t we have to cycle back to what I said about third-party apps.

Third-party apps need to be optimized for the current version of Android that you’re running on the LG G3. Some developers can’t or won’t optimize their apps, especially if the app is not that popular to begin with. In this case, these outdated apps might consumer more power than they did while you were on Android 4.4 KitKat for example. You might experience either battery drain because of this, or even LG G3 bugs within the app. The best way to figure out if a third-party app is causing bad battery life is to check power consumption out.

You do that by going to Settings and going through to Battery usage. If at the top of the list you encounter a third-party app like Facebook, Battery Monitor, Candy Crush, Evernote or anything of the sorts, then the best options are either to update that app if possible or uninstall it and wait for an updated version to become available. You could also tweak the access the app has to your data connection for example, and adding a restriction for background data to the app in the Data connection settings menu if you really don’t want to get rid of the app.

If background data is restricted for an LG G3 app, then that app won’t continually try and wake your phone while it’s in standby, thus conserving energy. This won’t have any effect if you’re using Wi-Fi, though. Although it’s not very convenient, that’s the most effective way to get better LG G3 battery life after the Lollipop update if an app is causing battery drain. If the app is not at fault for your battery drain and you find Android OS or a system app as the most power-hungry app in the list, then there’s a more difficult fix for that.

Assuming you’ve already checked for updates and installed the necessary ones and Android OS is still causing battery drain on the LG G3 even after a few weeks since installation of the update, your best bet is to do a factory reset. I’m aware that doing a factory reset is not convenient, but it’s something that you should try out if you’re really getting half the battery life you originally had with your LG G3. Be sure to save your contacts in the cloud or in an email so that you can have them back once the factory reset is done.

If a factory reset doesn’t fix battery drain issues after a few days, the last thing you could do is flash a firmware or a custom ROM, or get back to a previous version of Android. This is a bit difficult, so I would not recommend the fix for those who still have warranties on their LG G3 or aren’t familiar with flashing and rooting. If that’s your case, you should take it back to the store and ask them to do it for you. Explain that your LG G3 battery life has gotten really bad and you can’t use the phone for its intended purposes. The guys at the shop should do the necessary software installations for you, if you still have warranty.Another thing you could do is change the battery, since it’s replaceable.

Another LG G3 bug that people have been moaning about online is that charging takes longer. Using the above-mentioned charging cycle fix might help with that issue, but if it doesn’t, you might be looking at the same go-to-the-shop-and-ask-them-for-help fix again. That is if you’re not good at flashing stuff on your phone. The factory reset is always an option when you’re having LG G3 bugs on Lollipop and it may help with any kind of bug, so don’t be afraid to try it. Just make sure you’re backing up important data before you go forth with it.

Some users have also mentioned having Wi-Fi problems on the LG G3 since installing Lollipop. The easiest way to try and fix that is to forget the connection and connect again. If your Wi-Fi is still dropping after that, try restarting both your router and your LG G3. You should turn off the phone, take out the battery, put it back in, and then reboot, all the while restarting your router too. You could also try turning off battery saver so it doesn’t interfere with Wi-Fi. Bluetooth can also be a culprit, so turn it off and see if that helps for a while.

For advanced LG G3 users, you can go to advanced Wi-Fi settings and if you have the option of connecting to a 5GHz band instead of a 2.4GHz one, that might help. If none of these help and the Wi-Fi connectivity issues happen with any router, then you should once again take it to the shop as something might be amiss with hardware. There is a chance that the issue is caused by some Lollipop settings, but if the factory reset doesn’t work, and you don’t have warranty, then the next version of Android might fix the problem, so try being patient.

Now the battery life and Wi-Fi bugs are the most common in the LG G3, but there are other bugs out there. It would be annoying for everyone to have all the bugs and fixes for the LG G3 crammed into one page, so we’re going to continue this bug series next week. We will be back with another LG G3 bugs and fixes article about random shutdowns and how to fix them, as well as overheating and lag problems and how to alleviate them. Let us know what other bugs you’re experiencing on the LG G3 and we will help you fix them, if possible.

Tesla Suit: the next step in virtual reality
Samsung Galaxy S5 bugs and issues and how to fix them