LG G3 bugs and issues fixed for most, but users want more 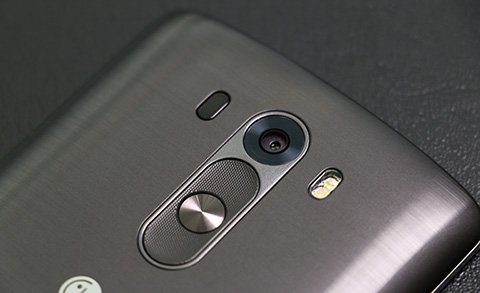 LG G3 bugs and issues fixed for most, but users want more

The LG G3 is one of the most popular smartphones of the South Korean company. There are thousands of happy users with this phone who don’t really feel like they need to upgrade in order to improve their experience. The LG G3 in the past few months has lost its charm with users, so to speak, because the last update, Android 5.0.2 Lollipop ruined the user experience for many people. Although LG is usually quick with updates, in the LG G3’s case it would have been better not to release updates so fast. Since Android 5.0 Lollipop, LG G3 bugs and issues have surfaced repeatedly with limited possibilities of fixing them. With Android 5.1.1 Lollipop update now rolling out to the LG G3, more and more users across the world are getting the opportunity of a better experience.

The update started hitting devices in the U.S. earlier this month, so most users should have the possibility to install it by the end of the month. That’s a bit surprising, however, since the word was that the company would send Android 6.0 Marshmallow and skip other updates ahead of it. Users are worried that their phones might have to wait until February or March to get Marshmallow, which is rather disappointing. LG has not announced a timeline for their updates, but Android 6.0 is already rolling out to the LG G4, so we expect the LG G3 to get it by November, too. Not everyone seems to agree though, as most users worry that the update won’t hit until Spring 2016, which would be too late. Many have said in forums that they are going to switch devices if Marshmallow takes that long to hit. Considering the difference between Android 5.1.1 and Android 6.0 is not that big…. we’d say they’re over-reacting. Unless they are among the ones that are having LG G3 bug issues even after the Android 5.1.1 Lollipop installation.

Unfortunately, the LG G3 Android 5.1.1 update isn’t perfect. Users who have already installed the update are experiencing various bugs, although we don’t know how widespread they are since only a handful of bug reports are available at this time. The majority of those who are running the latest available version of Android are reporting good performance. However, the bad reports sound rather annoying. While some experienced Wi-Fi issues, others had problems with battery life and charging. Wi-Fi issues can be solved in minor cases with a factory reset or simply a reboot, while battery life issues are common when new software is installed on a device. However, problems with the built-in fast charging might be caused by a software issue.

While the update mostly impacted battery life and performance positively, a handful of users are having issues with them. After updating, these users started experiencing random reboots and battery drain, which would not be fixed by a reboot. Hopefully, these are isolated issues. These users turned to rooting their devices and installing custom ROMs in order to get their LG G3 back on track. Other users report that they’ve had issues with Data and signal strength upon installing the update on the LG G3. In this case, the first thing you should try to get it back running correctly is a factory reset or an update reinstall. We’ve only seen one report about data issues on the LG G3 after the update, so it doesn’t sound like a widespread problem.

Ultimately, Android 5.1.1 Lollipop for the LG G3 seems like a good release. While part of the users are having trouble, the consensus is positive among members of the Android community. It’s definitely better than before, and most say the update has improved the battery life as well as the performance of the device. Hopefully, people who have been experiencing issues will see them fixed, otherwise they could poke around at custom ROMs. Those of you who like to tinker could go to XDA Forums and read up about how you can flash a custom ROM with Android 6.0 M on your LG G3.