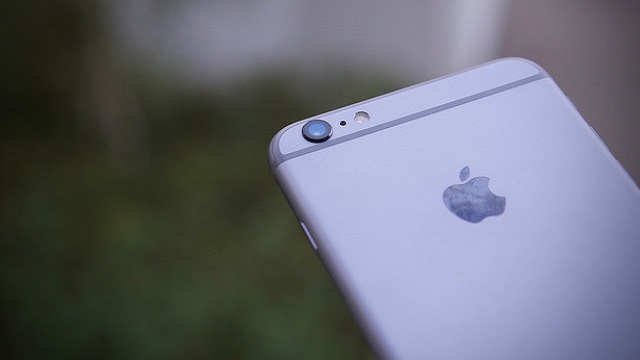 Two of the most eagerly anticipated handsets of the year, the iPhone 6s and iPhone 6s Plus made astounding sales after their first weekend on the market. Apple officially announced in a press release that they have sold 13 million units of their new flagship just three days after its launch, a new record for the company. Earlier this year, the mobile giant sold 10 million iPhone 6 and iPhone 6 Plus on its opening weekend.

Amazing market performance
In only three days, Apple was able to sell 3,000 iPhones per minute or roughly 50 devices per second. This is more than what they expected, although they have predicted that the new handsets could sell more than its predecessor.

“Sales for iPhone 6s and iPhone 6s Plus have been phenomenal, blowing past any previous first-weekend sales results in Apple’s history,” said Apple CEO Tim Cook in their official press release.

The big sales record can be contributed to Apple’s list of primary markets to receive the new flagship. China has now been included in the initial list of countries to receive the first wave of the iPhone 6s, a market known for their love for mobile technology and the hometown of the iPhone factory.

Although surprising, previous news stories have reported that there’s a shortage in iPhone stocks in some countries. A week before its official market release, a strong demand for the new handsets was already seen based on the pre-orders online. In particular, demands for the iPhone 6s Plus and rose gold models were strong since the opening week of pre-orders. In Hong Kong, the two smartphones were “almost entirely sold out,” similar to the United Kingdom, where it may take about four more weeks to release the 6s Plus variant due to lower stocks.

What do they love about the iPhone 6s?
Amongst the eagerly anticipated features, the handsets have 3D Touch technology and a Live Photos command. Based on a featured post by O2, the new 3D Multi-touch feature is the next generation of mobile screen technology wherein the smartphone is able to understand certain commands depending on how deeply the user presses on the display. Meanwhile, the Live Photos feature is an added camera feature where users can capture an image along with what happens before and after they took the shot.

Cook said, “Customers’ feedback is incredible and they are loving 3D Touch and Live Photos, and we can’t wait to bring iPhone 6s and iPhone 6s Plus to customers in even more countries on October 9.”

Expect your smartphone soon
Apple confirmed the next batch of countries that will receive their latest flagship. In the same press release, the company said they will be releasing the iPhone 6s and iPhone 6s Plus in more than 40 countries and territories on October 9, including Finland, Greece, Italy, Mexico, Taiwan, Spain, and Switzerland. There will be another roll out on October 10 for the Middle Eastern markets, such as Saudi Arabia, Bahrain, Kuwait, and the United Arab Emirates. Meanwhile, iFans from India, Malaysia, and Turkey should expect the devices to be available on October 16.

The rest of the markets (more than 130 countries) will have to wait until the end of the year, most likely in November to get the new iPhones.

What’s your thoughts on the iPhone 6s handsets? Stay tuned on Geek Reply for more tech news and tips from our experts.

Nexus 5X : the good, the bad and why it’s not perfect
6.0 Moto G update expected in January, 5.1.1 rollout continues