The Maiden Voyage of Boaty McBoatface 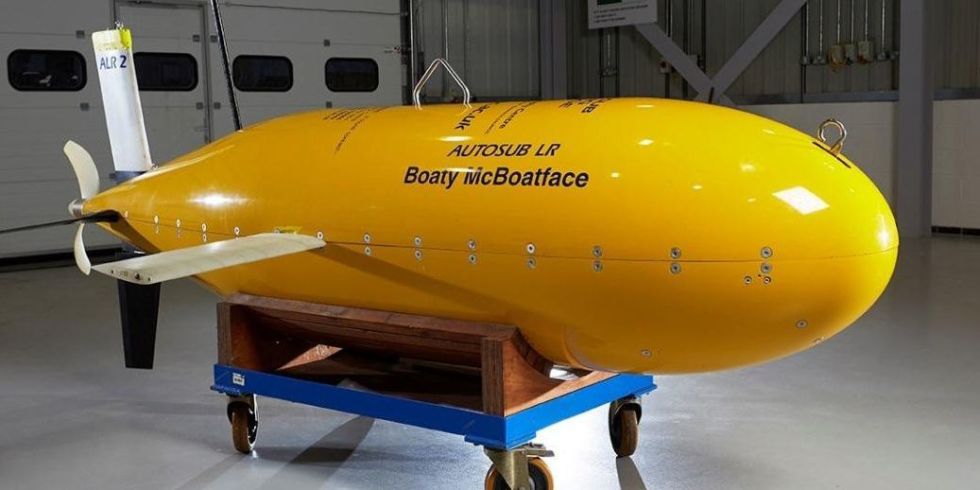 Nearly a year after being being christened by the masses, Boaty McBoatface prepares to make her first journey into the icy waters of Antarctica. The brightly-colored and remote-controlled mini-sub, an autonomous underwater vehicle, gained its name in March 2016 via an online poll conducted by the UK’s Natural Environment Research Council.

The poll was originally intended to pick the name of the NERC’s new massive polar research vessel, which clocks in at 129 meters long and can carry up to 90 researchers and support staff. Fitted out with equipment like two helipads and a prow that can break through a meter of ice, the new vessel will lead the charge to explore polar marine biology and climate science. When the Internet got wind of the poll, one cheeky reader’s suggestion of “RRS Boaty McBoatface” shot to the top of the rankings, eventually picking up over 120,000 votes—well above any other competitors.

Despite winning the online poll hands-down, the NERC opted to go with a more traditional name for their new ship, choosing runner-up entry  “RRS David Attenborough” as the winning submission. While it definitely seems more appropriate to name the ship after the famed British broadcaster and naturalist, the NERC didn’t let the Internet down completely. They announced that as a tip of the hat to all the fans who chimed in with their opinion online, the Attenborough’s three companion remote underwater vehicles would all bear the name Boaty McBoatface.

While Boaty’s parent ship won’t be ready for deployment until sometime in 2019, Boaty herself is ready to go right now. After making the rounds on some BBC talk shows, the AUV linked up with another UK research ship. British Atlantic Survey vessel the James Clark Ross will set sail from Chile on March 17th, heading towards Antarctica—where the mini-sub will be used to explore the 2-mile-deep Orkney Passage. Fair winds and following seas, Boaty, you’ve got millions of fans rooting for you!