Science and the Scientific Method Are Real. Alternative Facts and the Nazca Mummy are Not 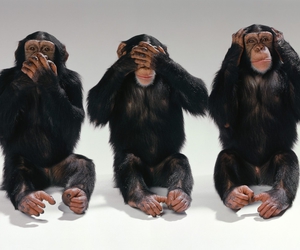 Science and the Scientific Method Are Real. Alternative Facts and the Nazca Mummy are Not

A lack of trust in science and the scientific method has grown exponentially since the late 1980s. The most popular scientific fact challenged by deniers was, and still is, climate change. Fraudulent claims that the MMR vaccine caused autism started an uproar in 1998 that still lingers today. What has caused so many people to ignore cause and effect? Why are people criticizing the scientific method, a process that results in empirical facts and even champions change and revaluation in light of new data?

I don’t doubt that the number of scientific hoaxes and fraud passed as scientific fact are directly responsible for eroding trust. Unfortunately, I also believe that too many people are lazy, refusing to question and investigate anything that doesn’t fit into their preconceived notions of the world. As a society, we have lost the allure of uncovering mysteries and increasing the breadth of knowledge. We too quickly change the channel when confronted by the unknown instead of getting involved to understand and promote knowledge. The Republican Party’s continued denial that humans contribute to climate change is a symptom of negative opinions toward science, not a cause. The party line to continue denying the climate impact by humans is a reflection of fellow citizens.

On 20 June 2017, the website Gaia published a video purporting to show the mummified body of a non-human species. Snopes immediately published a rebuttal with an article highlighting some of the previous questionable non-scientifically supported claims by members of the Gaia team. The serious problem that I have with Gaia’s announcement is that the organization is trying to pass off a fake without any scientific data supporting their purported discovery. Even worse is the number of people who believe that this is real (just read the replies on the Facebook page and marvel at the ignorance).

Here is an example you can do at home. First, I’ve never eaten a Ghost Pepper, so I don’t believe the reports of its spiciness. Second, I hypothesize that if I eat it, I will hurt. Third, I watch silly people eating these things on the internet, I talk to people who have eaten them, recording the reports. Fourth, I buy some peppers and test them in various ways before taking a bite. My hypothesis does not prove false and I regret this experiment, both at the point of biting it and the next day. I choose not to repeat it because I no longer need empirical data (and I’m afraid). Now, for those of you who don’t believe me, go ahead and repeat the experiment. It is testable. It is repeatable. Oh, and I’ve provided all the data which I used to validate my hypothesis. This is science.

Scientific facts aren’t static. Our current understanding of our environment and our ability to observe and collect data defines the facts. This requires that we continually challenge current facts when we observe new data. However, challenges must adhere to the scientific method and undergo the same scrutiny as the established facts, i.e. testable and repeatable.

The key words are methodology, testable, and repeatable. At any time and in any place, anybody who is able to collect the required data should be able to repeat the experiment with the same results. This is a primary distinction between science and religion. Both are explanations, but science is based in the scientific method and religion is based in faith. Experimentation for faith doesn’t exist because it cannot exist; it is an immensely personal and human trust in a supernatural power, something that cannot be tested. The scientific method, however, not only allows for experimentation, it encourages it, by anybody for independent verification of facts.

Problems in science are not because of the method, but the people performing the experiments and interpreting the results. Some people are motivated to prove true their own hypothesis. There are the dangers of operating with culturally bound hypotheses and believing too firmly in the worldview of the culture within which one developed. Political and religious agendas exist that are opposed to various research and/or the potential results of research. Fortunately, the scientific method has a built-in check-and-balance: replication. If replication is not possible, then it isn’t scientific fact.

Robert Park published seven signs that warn of bogus science. 1) Claims are made directly to the media. 2) Claims of a powerful establishment attempting to suppress the discovery. 3) The scientific effect involved is always at the very limit of detection. 4) The evidence is anecdotal. 5) The discovery is credible because belief in it has been around for centuries. 6) The discoverer has worked in isolation. 7) New laws of nature are proposed to explain observations about the discovery.

Only Park’s #2 isn’t directly applicable to the Gaia team’s announcement (I think it’s because the whole thing is a joke and no powerful establishment wants anything to do with it). Here is just one detailed example of a problem with the Gaia team’s so-called science. They state that DNA testing determined that the “mummy” is female because it lacks a Y chromosome. This is a ridiculous statement, first because it’s impossible to extract DNA from a plaster statue. If we suspend our logic for just a moment and imagine that the thing is real and it’s a non-human species that we’ve never encountered before, then it’s impossible to attribute sex to it because we have nothing with which to compare it. This is a good example of bad “science” – forcing the data into an existing explanatory model without additional evidence to support such an attribution.

Furthermore, the Gaia team is not allowing direct analysis of the “mummy” to anybody not affiliated with the team. They are controlling the evidence to control the interpretation. True science requires verification by multiple sources. The lack of independent verification and method of control further supports that this is fake. 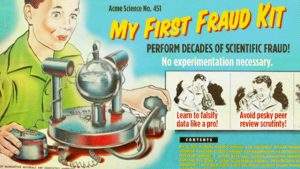 Here is a short list of examples of other false “scientific” claims. The Philosopher’s Stone. The Cardiff Giant. The Piltdown Man. Shinichi Fujimara’s manipulated data to prove the antiquity of homo sapiens and toolmaking. The inability to replicate the cold fusion experiments published by Fleischman and Pons in the late 1980s. The absolute lack of any evidence linking MMR vaccinations to autism. The alien autopsy video that in 2006 Ray Santilli admitted was a hoax. Support of the flat earth theory most recently publicly supported by some athletes.

Scientia is Knowledge and Awareness

The word “science” is from the Latin scientia. The Latin means knowledge and awareness. This is also the meaning of modern science. Scientists are interested in knowledge and awareness of everything. Only increased knowledge and awareness can lead us to better things. Promoting lies and alternative facts not supported by evidence is reprehensible and dangerous. Measles, mumps, and rubella were effectively non-existent in the USA until a group of arrogant and ignorant people chose to believe the wrong interpretation of data. Now, we have a group of people (fortunately it’s a small group) who are not vaccinated against these terrible viruses. This is dangerous to society. If you don’t believe me, go to any place in the world and see for yourself the effect these viruses have on people. Convince yourself that scientists didn’t do something good when they formulated the MMR vaccine.

If you are a denier of scientific fact, I challenge you to go one day without the things that are the result of scientific research. Stop taking medicine. Throw away your glasses and contact lenses. Only use your feet for transportation. Stop wearing clothes. Don’t use your phone, your computer, or anything at all for that matter, not even a spoon. Stop living in a structure. You’ll have to stop eating food, since it was through scientific experimentation that our species identified edibles, same with water since you won’t know what source is actually safe. The next day, please submit a comment outlining your experiences, after all, we are exchanging data.

What do you think? Do you support science and the scientific method? Why? Do you disagree? Why? Remember, science is about exchanging ideas based on evidence, so go ahead, prove me wrong.

A Review of World Enough and Time
Don’t Worry, the Bitcoin Bubble Hasn’t Burst, Not Yet Anyway.