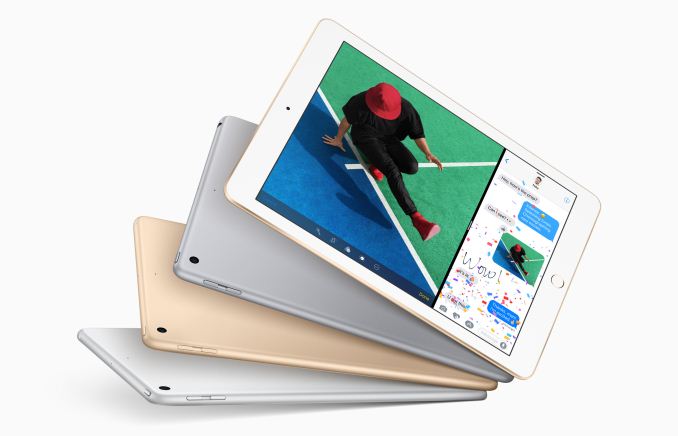 Today’s an exciting day for fans of all things Apple, as the technology giant has just recently announced the upcoming arrival of an heir to their Apple iPad Air 2 that was released back in October of 2014. 2 and a half years is a long time in the tech industry, so it’ll be exciting to see what this newest regular model can do!

This  model is apparently a bit thicker and heavier than the iPad Air 2, but comes with an A9 chip which is a big upgrade both in power and in affordability. The new iPad 9.7″ (yes, that’s the official name that Apple is going with…) comes with a brighter 9.7-inch Retina Display of the same 2048 x 1536 pixels resolution as before.  The device also features a new updated TouchID home button and is available at a much lower price than earlier models.

You can get your hands on a new iPad for just $329 for the 32GB + WiFi model. If you want cellular capability it’s available for $459, and if you’re looking for a huge amount of storage you can purchase the 128GB models for 100 dollars more. With the last iPad starting at $499, a drop in price of over $100 is sure to do wonders for Apple’s sales numbers (not that they had much of an issue before!)

The iPad will be available in  silver, gold and space gray and will hit Apple.com and Apple Stores starting March 24th.