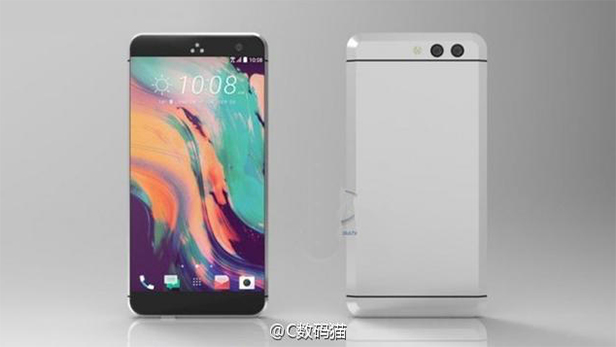 We don’t know a whole ton about the HTC 11, but recent leaks give us a look into the specifications and an idea of the design, so it’s time for consumers to start thinking about whether or not it makes sense to upgrade. We took a look at the information available and will try to give you a sense on whether this new entry is a purchase or a pass.

First we’ll look at the basics of what we know so far about the HTC 11.

When Can We Expect the HTC 11?

As mentioned above it’s probably going to be mid to late 2017 before we see this newest model. It was suspected that we’d see the phone in the next few months, but at the Mobile World Congress, HTC simply announced an upgraded version of their current phone. New models of mobile devices often coincide with new chips, and with Qualcomm’s latest Snapdragon 385 chip it’s likely we’ll see new flagships from a lot of companies this year.

Because of this new chip and the fact that there was no announcement of the HTC 11 at the Mobile World Congress, we’re anticipating that the phone will likely release mid to late 2017. That’s a decent amount of time from now, and with other high-end offerings from Samsung and Apple just around the corner you might be hard pressed to wait on this upgrade. HTC’s president of Smartphones and Connected Devices, Chialin Chan, spoke to Tbreak and confirmed that they’re just waiting for the right technology.

“Every time there is a brand new CPU with power that we can leverage, we’re always at the forefront doing that,” he explained. “Some people are talking about the timing, but timing was determined nine months ago. This [the Snapdragon 821 inside the HTC Ultra U] is the best CPU out there. When the next flagship CPU comes, HTC will be one of the very first tier doing that.”

“When we will look back, it will be clear why HTC introduced [the Ultra phones]. We want to have a couple of months of leadership before the next flagship CPU comes,” he continued, adding: “But that will be in another period of time – not at MWC. Not for us or any other player, I can tell you that for sure. When the new CPU comes, HTC will have another flagship.”

This interview means that it’s likely we’ll see the HTC 11 sometime this year.

Now into what really matters. What features does HTC’s upcoming flagship have that warrants an upgrade over the HTC 10? Let’s take a look at what we know, courtesy of Trustedreviews:

The featured image is a alleged photo of the upcoming phone and we’ve also reposted it below.

The main source of speculation about the HTC 11 comes from well-known gadget leaker Evan Blass, who confirms reports about a mysterious handset called the HTC Ocean

No. Source: "Ocean is real and alive." https://t.co/aBUrpNYR5R

The HTC Ocean was leaked by a designer at HTC and was originally a concept that featured ‘Sense Touch’ that allowed users to perform functions by swiping or tapping the edge. Whether this HTC Ocean concept will translate into the HTC 11 is yet to be seen. Considering that they haven’t released a flagship this year and the phone is likely in development, it’s likely we’ll see these features included.

As we gleaned from the interview with HTC’s president of phones, and from looking at past entries, it’s very likely the phone will include the new Snapdragon 835 chip which is 27% faster than their last chip. That improvement alone might be worth the upgrade from the HTC 10, but is unlikely to set the HTC 11 apart in a field of phones that are boasting the same chips with similar or superior specs.

The jury’s still out on whether or not this phone will be worth the wait. There’s certainly some exciting entries coming out from competitors in the coming months, so I’d really only recommend that diehard HTC fans hold on for a release. From what I can tell from what we know, there’s nothing particularly revolutionary about the HTC 11. Sure, it’s probably going to be a great phone, but probably not a reason to avoid upgrading to another manufacturer’s current model.