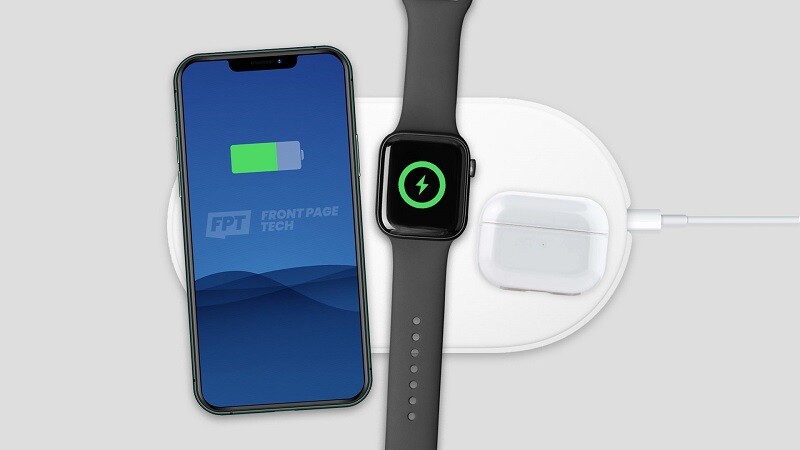 In 2017 Apple announced plans to release AirPower, which is a charging mat that would allow users to charge several of their Apple devices at once. After lots of development time and many failed experiments, the company announced that the product was canceled. However, it has now been revealed that they are still working on the product, and it could even be out later this year.

This information comes from Jon Prosser, a very reliable source who has been proven right many times in the past. He posted a picture on Twitter showing the codenamed “C68” charging mat charging both an Apple Watch and AirPods. This is notable considering that the previous cancelation was likely due to the fact that the Apple Watch was causing problems. The good news for Apple fans is it looks like they fixed the problem.

It was reported previously that the problem was the charging mat had several overlapping coils that caused overheating. With this new prototype, there are fewer coils and an A11 chip that can dynamically manage heat. If testing is successful, Prosser claims that this new charging mat (AirPower or whatever it ends up being called) could release as soon as Q4 2020 or Q1 2021 with a price around $250.

Of course, this needs to be taken with a grain of salt for the time being considering this information isn’t directly from Apple. Still, Prosser is usually right so we’re willing to bet this ends up panning out. We’ll bring you more information as it becomes available.