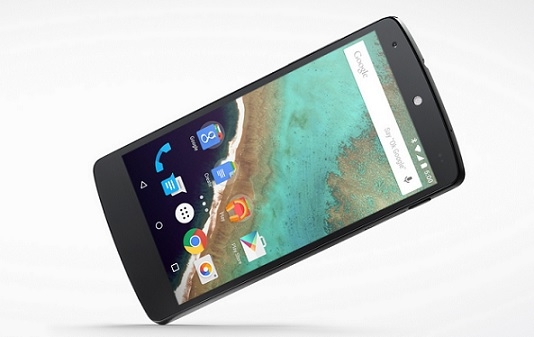 Although Google is most likely going to unveil the new Nexus 5 2015 on September 29, alongside the Huawei Nexus 6 and possibly a new Nexus 7 tablet, rumors and leaks from the past few days suggest that the Nexus 5 2015 is at IFA 2015, although it might be there unofficially, for a closed viewing among partners and companies. That sounds a lot like what Samsung did with the Galaxy Note Edge a couple of months ago, when it showed the device to a select group of people during the IFA conference.

Unconfirmed, but still intriguing, leaks of the Nexus 5 2015 have been circulating around the internet for the past few months, but the most reliable leak comes from MKBHD or Marques Brownlee, who is a tech Youtuber in love with Android. He apparently got his hands on a reliable photo of a prototype of the Nexus 5 2015 and showed it to the public. From that leaked image, we could pinpoint quite a few features that will most likely be part of the Nexus 5 2015.

Apparently this is the new Nexus. Looks fine from this angle. Give us more, Mr Blurricam! pic.twitter.com/qmmvDDCZyY

Correlating the leaked image from MKBHD with all the leaked information that has been circulated between tech bloggers and insiders, we can now construct a (sort of) accurate picture about what Google wants to do this year with the Nexus 5 2015. As the company wants to position the new handset as a more affordable flagship that sets an example for manufacturers and shows off stock Android 6.0 Marshmallow, the Nexus 5 2015 price is most controversial. While some say its price will be between $350 and $450, others say it will go beyond $500. The first speculated price would definitely be better as the Nexus 5 2015 would compete against the newly unveiled OnePlus 2, which goes for a similar price.

If that’s accurate and the Nexus 5 2015 will be in the same price range as the OnePlus 2, OnePlus might want to rethink the whole invite system and sell as many units as fast as possible, because people are raving about the Nexus 5 2015 and they want it no matter what. That’s not surprising, seeing as last year’s Nexus 6 was mostly a disappointment to Android fans. Hopefully Google listens to feedback this year and alongside LG delivers a flagship device that will please Android users more than the Nexus 6 did last year.

Judging by the leaked images and correlating that with information, one of the most interesting parts of the Nexus 5 2015 will be its camera. With the original Nexus 5 from 2013, people had a lot of complaints about the camera being inferior. This year, it looks like those comments will be silenced, as the Nexus 5 2015 camera is going to be bomb – ar at least that’s what most of us believe. On the rear, we can see what looks like a dual-tone LED flash and autofocus, above the fingerprint sensor. Although we can’t tell what kind of sensor Google and LG will be using, our best bet is a 16 MP sensor with optical image stabilization, but a 21 MP camera is just as likely.

The front camera of the Nexus 5 2015 remains a mystery, as there are no confirmed Nexus 5 2015 photos that show the display or the front of the device. Nonetheless, leaks and rumors suggest a 5 MP wide-angle camera and some say there will be a flash next to it. Moreover, 4K recording is going to be part of the entire camera setup, although only the rear camera will be capable of such feats. That should be enough for now, as 4K isn’t as popular just yet. But it will be (Sony just launched the Xperia Z5 Premium, with a 4K display). 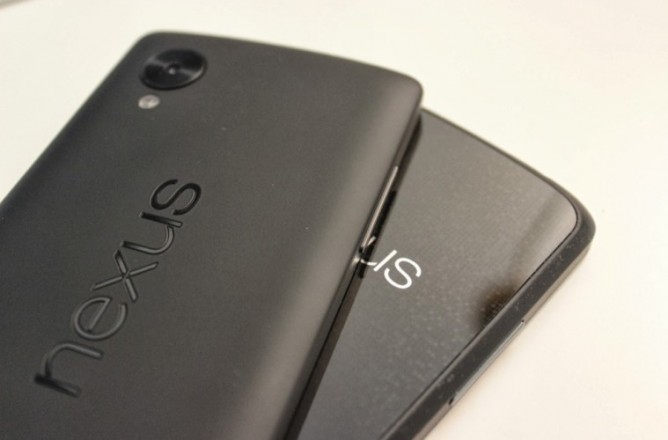 Hardware-wise, we expect only the best from Google as usual. The Nexus 5 2015 spec sheet has been leaked a couple of times with different hardware mentions, but a few things seem consistent with the leaks. Apparently, the Nexus 5 2015 will be running on a Snapdragon 808 CPU, although some suggest LG and Google going with the Snapdragon 810. 3GB RAM is the accepted standard, but 4GB RAM is also a possibility. When it comes to internal storage, the phone will most likely be available in two variants, a 16 GB one and a 32 GB one.

Aside from the camera, Nexus 5 2013 users didn’t have a lot of complaints, which leads us to believe that aside from the size and camera, google will be following the same recipe with the Nexus 5 2015. Maybe some smaller bezels or an edge-display will make the handset more interesting, but Android fans seem to want simplicity and power instead of premium design, and Google would do best to listen to them in this matter – cut costs, maximize profit for all.

As such, a large battery between 2700 and 3500 mAh will provide juice for the Nexus 5 2015, its measurements depending on the display of the phone. USB Type-C is a given, of course, there’s no questioning that. From the leaked image, we would think that the subject is holding a smaller device, with a display between 5 and 5.2 inches. QHD resolution is most likely part of the deal, although some say Google will try maximizing battery life by using an FHD display and reserving the premium feature for the Huawei-made Nexus 6 2015.

That’s all that we can muster up about the Nexus 5 2015, but be mindful that most of it is unconfirmed by the company so take it with a grain of salt. If these specs are true and Google nails the design, we might have another flagship killer on our hands – that’s what we’re hoping for. With all the expensive smartphones now on the market, it is high time for an exemplary device that demonstrates that Android 6.0 Marshmallow can deliver surprises even at an affordable price.

Since people are saying the Nexus 5 2015 is at IFA Berlin somewhere, hidden away in a dungeon, we’re curious to see if anyone gets to actually see it. As new leaked images are popping up, there’s a distinct possibility of that happening by the time IFA ends on September 9. We’ve still a couple of days of the fair, so we’re going to snoop around, maybe find out what this mystery is all about.