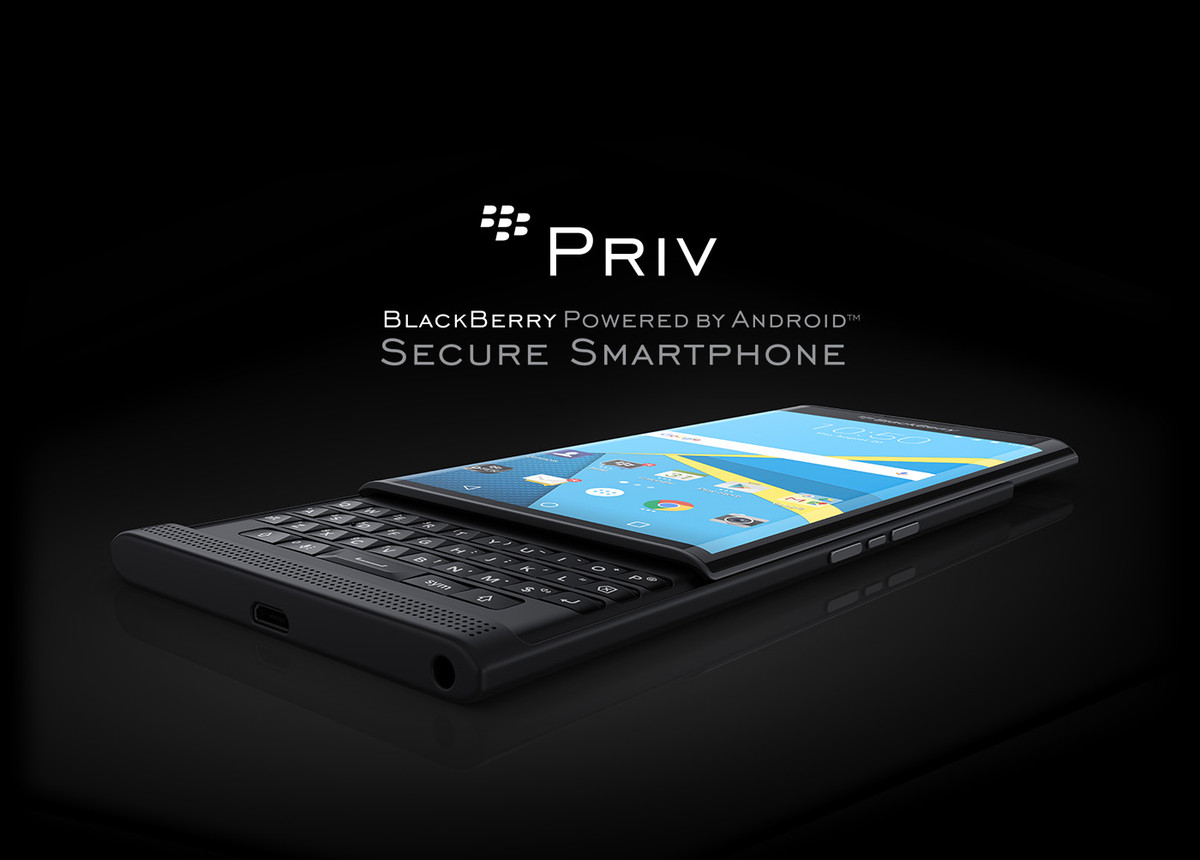 The BlackBerry Priv is the struggling company’s last attempt at reviving their smartphone business. The handset which will feature a sliding QWERTY keyboard is going to be a pivotal release in company history as it has the potential of making or breaking its entire smartphone business. Carphone Warehouse is curious about the interest in the BlackBerry Priv and will most likely be among the first to actually sell the phone, but that’s still in the future for now. The BlackBerry Priv release date is set for sometime in November, and it  has to make a difference, or else.

According to John Chen, the BlackBerry Priv is going to decide the future of the company, as it were. The new CEO of the company has been working hard in the past year to get the BlackBerry smartphone division back into the game. The Passport did quite well as the new CEO’s first serious release, but it didn’t attract as many customers as it was hoped. With the Priv, the company hopes to tap into some potential, seeing as it will be the first BlackBerry phone to run on Android instead of the company’s own operating system. While BlackBerry fans might not like that, smartphone users are into it, especially thanks to that sliding keyboard.

Those residing in the UK that have valid addresses within the country can register for updates with Carphone Warehouse, but the global release of the Priv is not yet confirmed. The BlackBerry Priv is supposed to be the flagship for the company and it will be a handset oriented towards securing data, even on Android. Most likely, the handset will run on Android 5.1 Lollipop, but there’s a distinct possibility of it being the first non-Nexus smartphone to come with Android 6.0 Marshmallow out of the box. Insiders from Google have told us that in an effort to boost Android reach as well as get a new, very important partner on board, Google is going to allow BlackBerry to use the new version of Android to gain more popularity for the BlackBerry Priv. Since that is unconfirmed and basically just a rumor at this point, I would take it with a grain of salt, if I were you.

Nonetheless, the BlackBerry Priv is shaping up to be quite an interesting phone. As if the sliding QWERTY keyboard wasn’t enough, the handset will boast with future-proof features and design, as well as a unique software experience that will be a blend between Android and BlackBerry OS. Focusing on security is key for the company and John Chen, so we are to expect a couple of new features to surface alongside the launch of the handset.

When it comes to what the phone can actually do, the list is long, even though unconfirmed. Since the BlackBerry Prive is mostly ready for release, as the numerous press renders and official images confirm, the specs that we list are pretty much the real deal. Although companies can change anything at the last moment, these specs are the most plausible ones to be part of the handset. As you would expect, the BlackBerry Priv will feature everything from a QHD screen down to a powerful processor, in an effort to draw in customers who are not content with the current smartphone offerings.

As such, the BlackBerry Priv includes features like a neat 5.4-inch QHD display with a 1440*2560 resolution, Snapdragon 810 CPU, 3 GB RAM, 32 GB internal storage, microSD card slot, 4G LTE, NFC and a 3500 mAh battery. The Priv camera will measure 18 MP on the rear, featuring optical image stabilization, autofocus and dual-tone flash. The front camera will be a 5 MP wide-angle sensor. With these specs, the BlackBerry Priv really has a chance at becoming popular, but only if the price is right – which means below $700.

John Chen is confident about the BlackBerry Priv release, but he also warns that if the handset doesn’t sell at least 5 million units, then it’s all over. The BlackBerry Priv might be the last BlackBerry smartphone in history, as Chen said that if the handset doesn’t reach its target, the company would have to let go of its smartphone business – most likely spin it off. We’ve known for a while that Chen was thinking about spinning the smartphone division off, but now things are serious.

Matt DavisSeptember 29, 2022
Read More
Scroll for more
Tap
Nobody cares, but the HTC One A9 is coming in a week
Motorola Moto G 3rd gen vs. Moto X Play 2015: affordable or expensive?
wpDiscuz