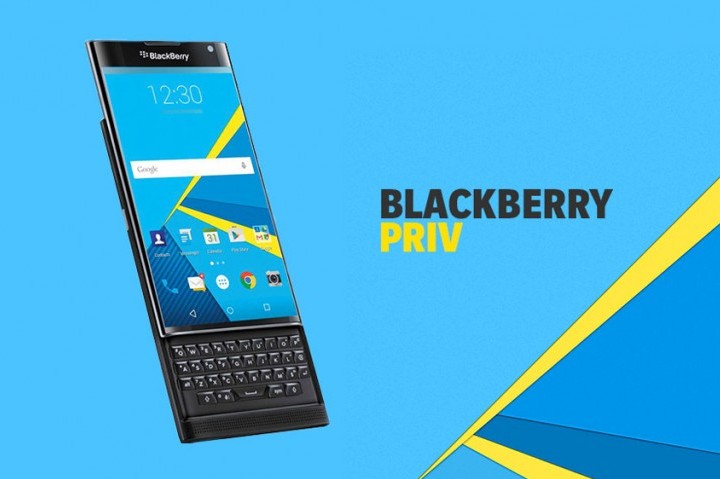 The BlackBerry Priv was a quiet launch, with various retailers in the UK putting the Android phone up for pre-order without a press release or as much as a public announcement beforehand. John Chen is putting a lot of faith in the BlackBerry Priv, as this release is going to make or break the company’s smartphone division. The BlackBerry Priv price and release schedule are finally official, as BlackBerry listed its own device yesterday, revealing pretty much everything there is to know about the privacy-oriented Android slider. The company has since taken down the listings in all its stores, although we expect them to surface any minute now.

The BlackBerry Priv price for the U.S. is $750 unlocked, which is not that bad for such an innovative new handset. Besides sporting a sliding QWERTY keyboard hidden under the display, the Priv also comes with Android – which is a first for the company. The new handset will be running on Android 6.0 Marshmallow out of the box, with BlackBerry’s own software enhancements that will provide encryption, privacy and security, in the face of Android’s vulnerabilities.

In the listing, the BlackBerry Priv specs and features were also confirmed and while some say the price is too high for what the handset has to offer, I think it’s a fitting price. However, it is expensive for the customers that BlackBerry is targeting with this phone. Android users have been sick of high prices on devices and this kind of entry into the Android market might not be suitable for the Canadian company.

Releasing a more affordable mid-range BlackBerry running Android and the company’s own privacy and security software might have been a better bet. Nonetheless, the BlackBerry Priv is the kind of unconventional niche device that BlackBerry made a name for itself with, so the strategy might work out in the end. Since there are no estimates of how many people are actually interested in this handset, we can’t say for sure whether Android fans are actually attracted to this phone.

Nonetheless, the specs and features of the BlackBerry Priv are impressive. Its metal design and sliding keyboard are wonderful touches that make for a unique device nobody else has. If you want to stand out while having access to a productivity- and business-oriented smartphone, the BlackBerry Priv might be the perfect encrypted device for you. However, if you like Android for what it is now, BlackBerry’s take on it might not impressive you.

If you’re curious, the BlackBerry Priv sports a 5.4-inch QuadHD display with a 2560*1440 resolution, a Snapdragon 808 SoC backed by 3 GB RAM, 18 MP rear camera, 2 MP front camera, 3410 mAh battery and a $949 CAD price tag for those in BlackBerry’s home market. The $750 USD price is a bit high, once again, but we’ll have to see how the handset truly works with Android in order to have an educated opinion about it. Until then, we’re waiting for preorders to open so we can get our hands on this unconventional smartphones.