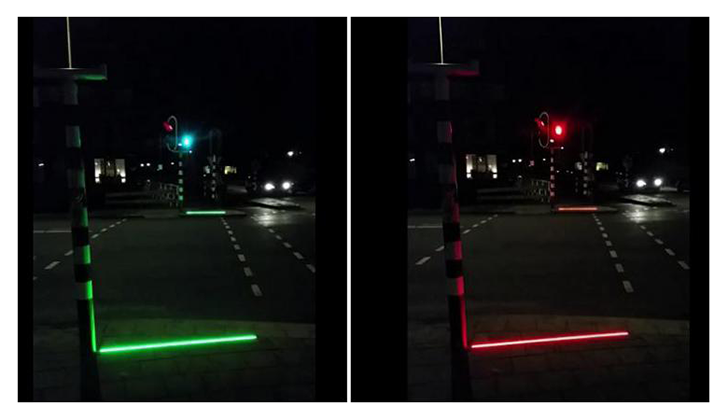 Lichtlijn is a new traffic light technology being tested in Bodegraven,Netherlands. LED strips were installed on the ground that work with the existing traffic signals. This system was created by HIG Traffic Systems whom is running a trial on one intersection. They hope to use these lights in other towns if successful.

Whats the point of installing traffic lights on the ground? Only for the sheer purpose of people not looking up from their phones. HIG Traffic Systems made something just so people never have to look up from their phone at all. The whole idea is to keep people who are distracted by their device to be more aware of traffic.

Dutch Traffic Safety Association believe something like this rewards bad behavior.  They said “We don’t want people to use phones when they’re dealing with traffic, even when walking around. People must always look around them, to check if cars are actually stopping at the red signals.”

People are always looking at their phones. No matter where you go, people always have their heads down and eyes glued to their devices. HIG made traffic lights for the ground since everyone’s focus is downward. While it’s impressive to see upgrades to traffic safety but only because people can’t stop looking at their phones is bizarre. The overall technology being presented would be easier to market towards child safety instead.

Mike GuarinoJune 19, 2019
Read More
LG G6 vs iPhone 7 Plus: Is The LG G6 The Phone to Make You Switch From Apple to Android?
Lightform’s new AR computer and what to expect.