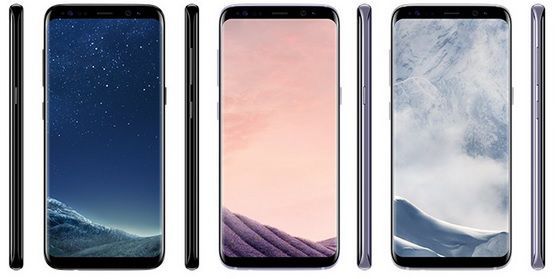 Samsung’s Galaxy phones have been a major contender in the past few years. Out of high-end smartphones, a lot of users consider the Samsung Galaxy “S” series and Apple’s iPhone as the creme de la creme. The internet has been abuzz with rumors of what we can expect from Samsung’s newest entry as well as Apple’s iPhone, and it looks like the latest alleged leak gives us a preview of what we can expect from the Galaxy S8.

Evan Blass, a well-known gadget leaker, tweeted a picture of the alleged colors and ddesign of the upcoming phone which we’ve embedded below.

The Galaxy S8 will be available in 3 colors, “black sky”, “orchid grey”, and “arctic silver”. The handset is also rumored to have a dual-curved display, a high definition 4K resolution, a newly redesigned home button and some sort of facial recognition or iris scanning.

A second tweet gave us some information on pricing, with the base Galaxy S8 costing roughly $860 and the S8 Plus model at roughly $965. It’s looking like this generation’s competitors are going to cost a pretty penny. The iPhone 8 is rumored to cost over $1000, and the highest end model from Samsung comes in at a similar price point. It looks like cutting edge technology doesn’t come cheap, but the seriously expensive models may lead more price conscious consumers to opt for a more mid-ranged phone.