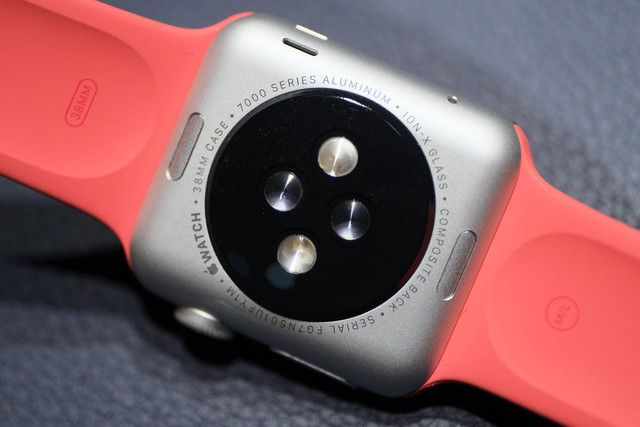 According to Apple Watch owners discussing the update in forums, the Apple Watch update added a bug to the heart rate sensor, which became irregular in its readings. These users say that during an average day of use, their Apple Watch would miss an hour or two each day, which they noticed in their heart rate recorded data page in the Health app on their iPhones.

The Apple Watch bug seems to be impacting all owners, although we can’t be sure of that just yet. The main issues is that when cycling or running, the optical heart rate sensor of the Watch would stop recording, which didn’t occur before the update. Some users are actually noticing that the heart rate sensor is not recording at all, unless they open the Glance and force it to activate, which is a problem for many.

Note that users experiencing the Apple Watch bug say that the heart rate monitor works just fine when the workout app is open and the monitor is supposed to record continuously. This issue is not that big, but it is annoying for those who want to keep track of their heart rate at all times. According to Apple, the Watch is supposed to take a reading every 10 minutes, which it stopped doing ever since the Apple Watch update was installed.

Apple has not commented on the issue as of yet, but we are expecting a response from the company in the following few days. Until then, those experiencing the Apple Watch heart rate sensor not working should stay confident and be patient, because the company will most likely fix it in a matter of weeks. You can still enjoy the rest of the features that the Watch has, as the update has impacted performance positively, except for battery life, which seems to have decreased for some. If you didn’t install the Apple Watch update yet, you might want to give it some time.