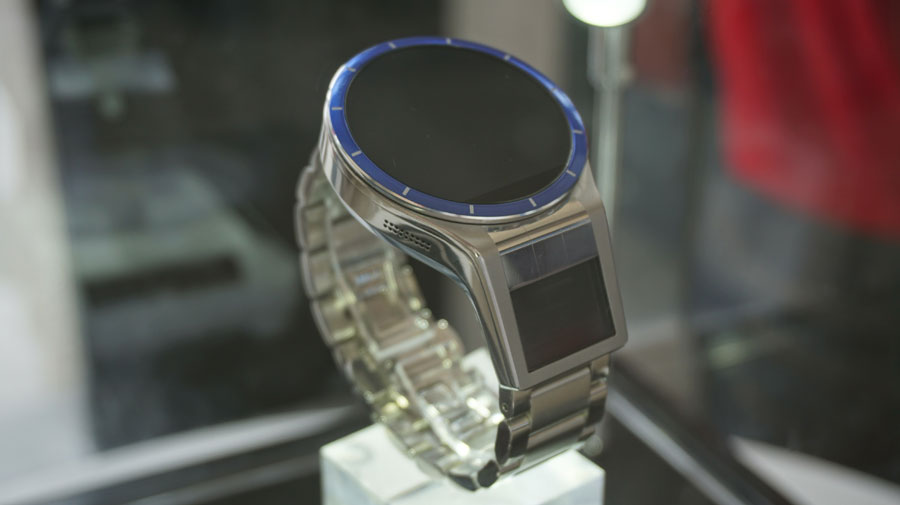 Lenovo today launched or rather introduced a new round smart watch, the Lenovo Magic View, but failed to mention anything about Motorola and the long-awaited Moto 360 2015 successor. Although we don’t believe it, rumor has it there will be no Moto 360 2015, as Lenovo is going to focus more on their own products, even though the Lenovo brand name does not work with U.S. customers, especially when it comes to wearable devices.

The Magic View smart watch from Lenovo was introduced at a press conference today, and while the watch looks amazingly like the Moto 360, it doesn’t bear the name and thus people will not be as interested in it. The Magic View is still in production, and a release date is still not confirmed, but hands-on video make it seem like the actual Moto 360 2015, at least to outsiders. But we’re not even sure that Lenovo is going to launch this Magic View smart watch anytime soon, as it’s not exactly… practical.

The Magic View name is not just a gimmick, it actually symbolizes that the watch can use virtual reality to make the users’ experience that much better. But the technology that Lenovo is using in the watch is ahead of its time, so to speak, as using the Magic View is rather cumbersome and disorienting. It’s a prototype that the company demonstrated at their tech world show, so we’re not sure if they are planning to actually launch it anytime soon. Nonetheless, some people in the industry are saying that the Magic View is at fault for the already late Moto 360 2015.

There was and still is enormous interest in the Moto 360, but Motorola and Lenovo have been quite mum about the issue. Lenovo is clearly busy, with all the new tech that introduced at the conference today, but Motorola is unusually silent. That can mean two things: there’s no Moto 360 2015 or there’s a very impressive Moto 360 2015 being developed. Some of our company insiders tell us not to lose faith, because Motorola is going to surprise us sooner or later, while others say that the Moto 360 was a gone and went deal.We are inclined to believe the former.

Moreover, Lenovo CEO did confirm that some products are coming this Summer and mentioned watches, so there’s a lot of excitement about the next Moto 360 2015 still there. Even if those statements cannot be perceived as confirmation of the Moto 360 2015, they do point us in the direction of Motorola clearly. As such, we’re looking forward to official information about the new smart watch to be revealed in the following two weeks. You can check out what we know about the new device in our rumor round-up piece.

In the meantime, we’re still excited about the virtual-reality inspired Lenovo Magic View, which uses a panel to project a screen in front of you, not using the actual smart watch display. Since it’s just a prototype, it doesn’t work well and you need to be but a few inches from the screen to actually see what’s going on, but there’s a lot of potential there, too. It might even turn out more interesting than the upcoming Moto 360 launch.