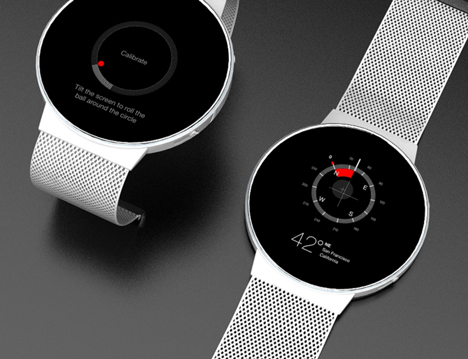 Today was an eventful day for the Apple Watch, seeing as the current model is getting a new WatchOS update and the upcoming Apple Watch 2 just received a possible release date. First things first, Apple Watch 2. In a report from reputable 9to5Mac, it is revealed that the Apple Watch 2 release date is most likely going to fall during March, for which Apple is apparently planning a special event.

The Apple Watch 2 release date being set for March isn’t surprising, seeing as it corroborates previous rumors pegging the release for early Spring 2016. The report suggests that shipping of the new wearable will begin in April. Although details about Apple Watch 2 features have not yet been revealed, we expect the wearable to don improved 3D touch, a rotating bezel possibly, improved hardware, new health sensors including a much-improved heart rate monitor and even support for Wi-Fi or a SIM card. Apple has not yet spilled the beans about what it’s planning, but at least we know they’re on track with the launch.

Aside from the Apple Watch 2 release date being leaked, WatchOS 2.1 was also released for the current model today. The software update can be downloaded through the Watch app and represents an incremental update. Adding new language support for Siri and fixing existing bugs and problems users of the Apple Watch have been complaining about, WatchOS 2.1 aims to make the user experience just a bit smoother.

Another bit of information was revealed by 9to5Mac in their Apple Watch 2 report, but not about the wearable. Instead, we can find out that there’s a distinct possibility that the Apple Watch 2 launch event will also introduce a new iPhone to the market: the iPhone 6C. A handset that lies in-between the iPhone 5S and iPhone 6, most likely sporting similar specs to the 5S and the new Apple A9 chipset. With a 4-inch display, Apple is going to position this handset as an affordable and one-handed device fans can enjoy.

So which announcement are you more excited about? Is it the new WatchOS update which should make the user experience on the Apple Watch that much better? Or is the confirmation that the Apple Watch 2 launch is on-track and coming soon? Some of you might be most glad about a new, smaller and more manageable iPhone 6C coming to the market. Let us know in the comments below!

Focus by Firefox wants to give privacy control back to iPhone and iPad users
First OnePlus 3 render leaks online, shows front speaker and no fingerprint scanner