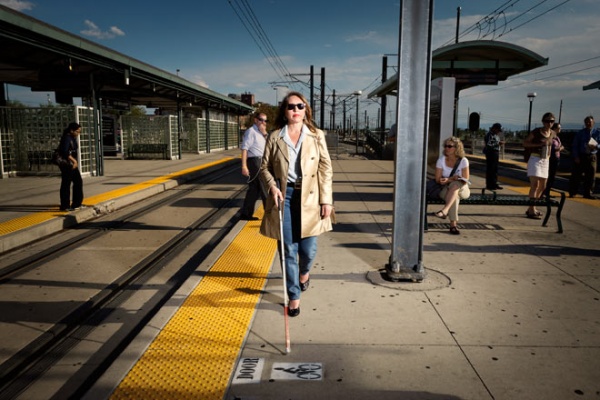 While most technology to assist blind people focuses on replacing or enhancing what little sight they have, the fact of the matter is that most blind people make do by relying on their other senses. Audio cues play a big part in orienting blind people, but one of the most important senses for the blind is touch. Being able to feel out where you’re headed is really important for those without the ability to see, and a new haptic wristband from WearWorks, a new startup based out of Brooklyn, NY.

Though there’s already infrastructure in place for the blind, such as traffic lights that announce when it’s safe to walk, this wristband seeks to act as a sort of virtual “wall” for the blind. The band syncs up with a user’s phone, and after an input for destination it guides the visually impaired using haptic feedback. If the user is walking the wrong direction, the wristband will buzz nonstop until the person orients themselves correctly. In testing, the company found that 80% of users would rather have buzzes that tell them where NOT to walk versus buzzing when they’re headed the right direction.

There’s still a lot of design work that needs to be done before the device hits the market in 2018, but this development is exciting for the blind community. Having feedback to know when they’re headed the wrong direction is certain to make getting from point A to point B easier for the visually impaired. As the device is still an early prototype, there may even be new features added. We’ll have to wait a year or so to see!