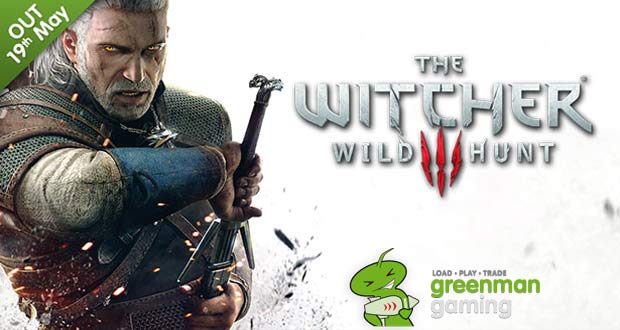 With amazing graphics, lush and detailed scenery, and a world that apparently takes forty minutes to cross on horseback, a lot of time and effort went into developing The Witcher 3: Wild Hunt. And a lot of money. It’s no surprise, then, that the game is retailing in some stores at upwards of $80. When Green Man Gaming (GMG), an online retailer selling GOG keys, started offering preorders of the game at a heavily discounted $39.99, fans were practically leaping for joy. But now CD Projekt Red, developers of The Witcher 3, have requested that fans do not buy the game from GMG.

Replying to a forum post regarding the sale, Business Development Manager at CD Projekt Red Rafał Jaki said “I would kindly ask our fans no[t] to buy via GMG at this time. We had not sold them Keys and don[‘]t know the origin of them.” It’s not clear if GMG already have codes for The Witcher 3 or if they are going to purchase the codes when the game is released. If the codes aren’t coming from CD Projekt Red, however, there’s every chance the codes are illegitimate.

Green Man Gaming CEO Paul Sulyok has told PCGamesN that the codes have been repurchased from approved retailers. “Green Man Gaming (GMG) has an official contract with, and has been an approved retailer of …(CDPR) products since 11th August 2011. Following a 6 month dialogue with CDPR about the launch of The Witcher 3, we were disappointed that… CDPR chose not to engage with a number of significant, reputable, and successful retailers, including ourselves, as they instead focused on supporting their own platform GOG.”

Sulyok also criticised CD Projekt Red for caring more about advancing their own platform, GOG, than about the interests of their fans. “We believe that CDPR’s desire to support their own platform by working with retail outlets that would not conflict with their own is greater than that of meeting the demands of their audience, therefore we made the decision to indirectly secure the product and deliver it to our customers,” he said. “To do this, we reached out to third parties and retailers that were approved by CDPR, to legitimately pass these keys onto our customers. This means that at some point, revenue has been passed directly onto CDPR, and any additional discount on the title is absorbed by us, as we want as many people enjoying The Witcher 3 as possible.”

CD Projekt Red have said they believe they will receive none of the revenue of The Witcher 3 sales from GMG, but Sulyok insists that they will and that any discount is being absorbed by GMG. There doesn’t seem to be any way to prove which of the two is telling the truth. Fans concerned that their money won’t go to the game’s developers may consider purchasing it through a different retailer for a slightly higher price. On the other hand, if you’re dead broke and desperate to get your hands on this game, GMG’s offer is probably looking good.