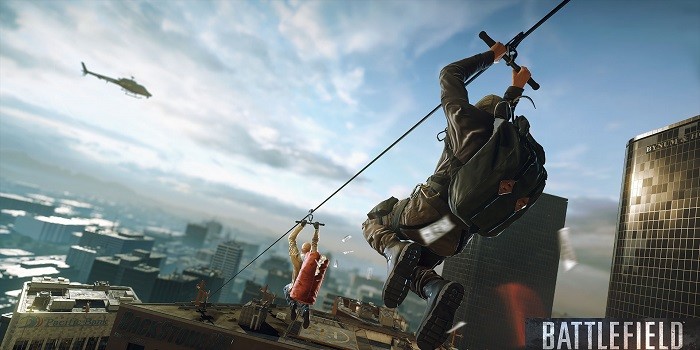 Multiplayer focused games like Battlefield and Call of Duty face the same struggle with each new title in their series, keeping players coming back week after week. Keeping a high player count is their best guarantee at selling DLC and keeping players interested in the series next title. In a market filled with multiplayer shooters though that is never easy, it’s even harder for games like Battlefield Hardline that struggled right out of the gate. At the moment Battlefield 4, launched nearly two years ago and commands a higher regular player base than Hardline.

If you’re part of developer Visceral’s or DICE’s dev team or publisher EA that is a tough pill to swallow. Their plan now is to wash that Hardline pill down with a new DLC pack called Criminal Activity. Offering new gear, weapons, and maps Visceral, DICE, and EA’s hopes are that Criminal Activity, Hardline’s first round of DLC, will boost the games numbers. Maybe push Battlefield 4 out of its spot and turn Hardline into a real competitor in the FPS market. EA posted a breakdown of what will be included in Criminal Activity today on the Hardline website:

The DLC pack will be launching in early June with Battlefield Premium members getting to go hands-on with the latest content first, before it opens up to everyone else. Obviously not the greatest DLC pack ever to be released Criminal Activity does bring a fair amount of content. Including four new maps that Hardline is in desperate need of with players saying since release the number of in game maps was too small. The nail gun battle pickup is also a great new edition coming with Criminal Activity adding a little variety to online battles. FPS fans are always eager to try unconventional weapons like the forklift in Halo: Reach.

Even more enticing than the nail gun is the new Bounty Hunter game mode that neither of the developers or EA were ready to talk about just yet. The only thing we can even begin to guess is that it will involve players hunting each other down for big rewards. We’re sure to hear more about Bounty Hunter as we get closer to the Criminal Activity release date.