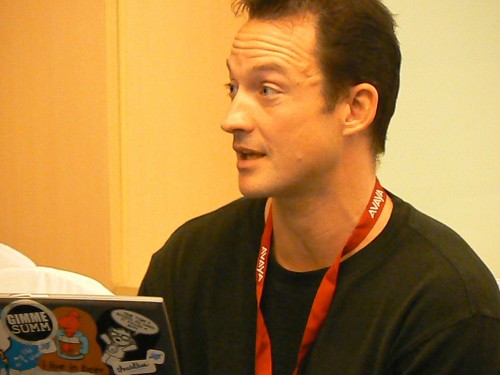 Creative director and co-founder of Obsidian Entertainment, Chris Avellone, has left the company after 12 years. He made the announcement via Twitter, saying “I have officially left Obsidian Entertainment to accept a sudden opening as the Defence Against the Dark Arts Professor at Hogwarts.” I hope he knows about the high turnover that school has for its defence against the dark arts teachers. Jokes aside, he later added, “The first part is serious, but much love and well wishes to my fellow devs, good folks one and all.”

Avellone hasn’t said much about what he’ll be doing in the future, other than a very vague comment to Eurogamer that he’s “off to pursue new projects.” Obsidian head Feargus Urquhart also left a comment confirming the news, saying, “Chris Avellone is no longer at Obsidian. We wish him the best in his future endeavours.”

Avellone was one of the founding members of Obsidian Entertainment back in 2003, the game studio behind respected titles such as Fallout: New Vegas, Pillars Of Eternity, and Star Wars: Knights of the Old Republic II. Although the studio has plenty of its own original IPs, many of its most popular games are part of larger franchises. The studio is also well-respected, with its games generally releasing to positive reviews. Avellone himself can also list popular titles such Fallout 2 and Baldur’s Gate: Dark Alliance among his game credits from before the creation of Obsidian. He was the the project director and lead creative designer for Dead Money, Old World Blues and Lonesome Road Fallout: New Vegas DLC.

More recently, Avellone helped work on Wasteland 2 and FTL: Advanced Edition. He’s also working with InXile on Torment: Tides of Numenera, a role-playing game that will be the spiritual successor to 1999’s Planetscape: Torment. We can’t wait to hear what other projects Avellone has planned.