How To Get Cat School Gear – Witcher 3 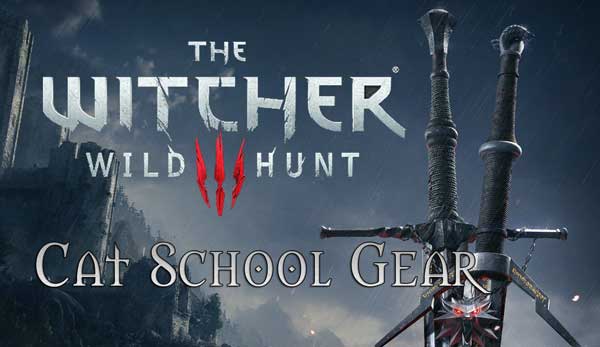 How To Get Cat School Gear – Witcher 3

The cat school gear is the second set of upgradable witcher gear that most players will come across in The Witcher 3: Wild Hunt. Like the Griffin School Gear, the Cat School Gear has four upgrade levels – base, enhanced, superior, and mastercrafted. This guide will show you where to find the crafting diagrams for each item in this set of gear, starting with the base level and working our way up to mastercrafted.

Note: Thanks to the unofficial Witcher 3 maps of Velen and Skellige.

The base Cat School Gear is spread over four locations. The first three locations each hold a single weapon diagram, and the final location holds all four armour diagrams. You’ll need to be in Velen to find them.

This diagram is in the north-eastern corner of Velen/Novigrad near a fast travel point called Est Tayiar. You’ll find some ruins right near the fast travel point with a hole in the ground making up the entrance. Jump down there and look for a wall you can smash with the Aard sign. Looting the dead body will reveal the silver sword diagram as well as a letter that will start the scavenger hunt quest for the remaining items. 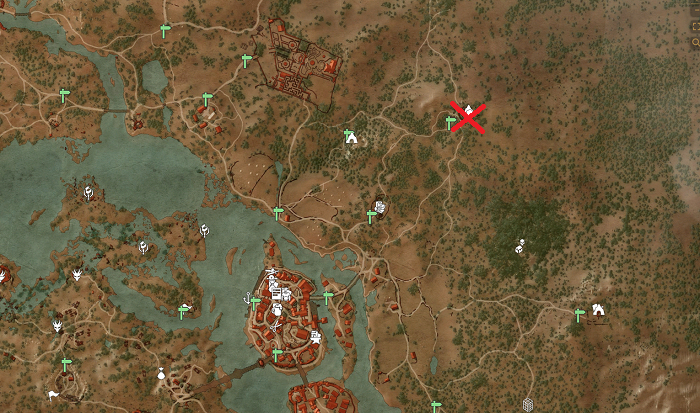 You’ll find this diagram in the ruins of a tower south of Novigrad. Find the Drahim Castle fast travel point and you should see the tower right away, but beware of the group of bandits on horseback that always seems to respawn here. Although this tower contains its own quest, for which you’ll need to go to the roof, to find the Cat School Gear diagram you’ll want to head down to the basement. The diagram and the clue to the next location are in a chest on the bottom floor. 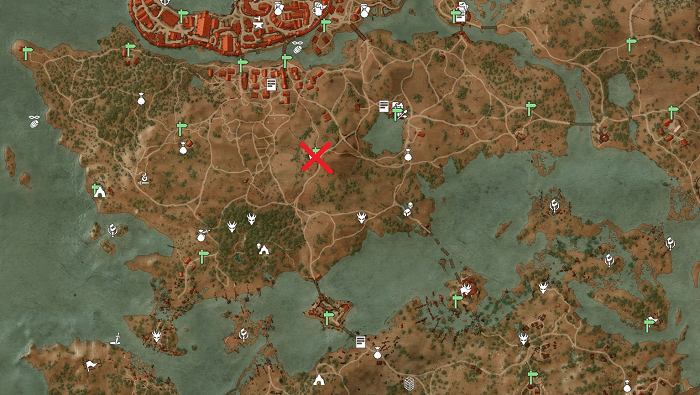 Head to the Lighthouse fast travel point, south-west of Novigrad. The next diagram is along the western coast in a shipwreck. You’ll find a small island not far from the shore with a half-overturned boat (there’ll be a guarded treasure marker nearby). Swim below the deck to find a chest containing the next diagram. 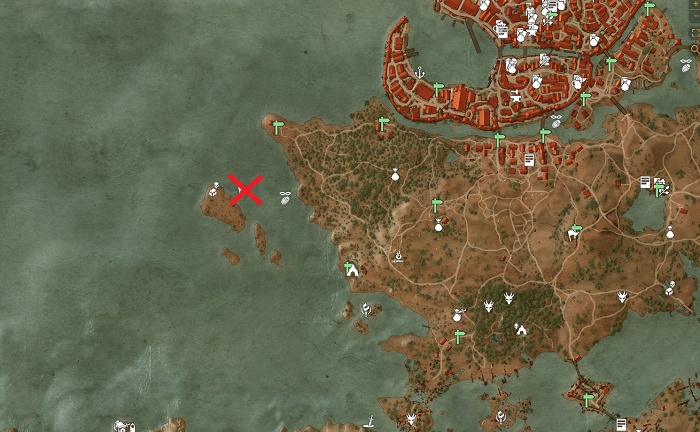 All of the armour diagrams are found in the next location. Sadly, it’s a lot harder to reach. You’ll also want to make sure you’ve completed the main quest Wandering In The Dark, since there is a barrier here you won’t be able to get past without an item that quest will give you. 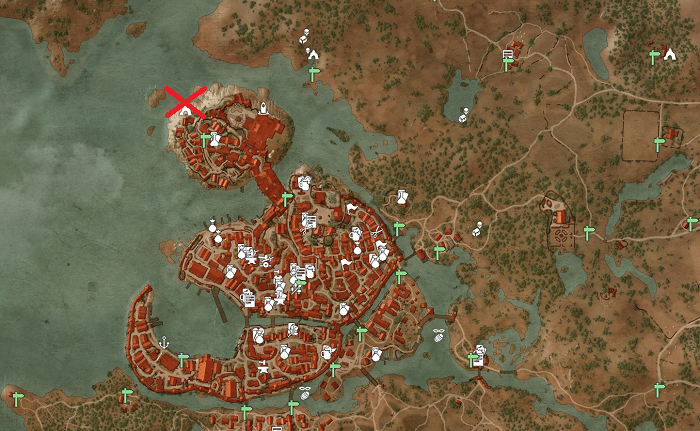 First, make your way to the northernmost part of Novigrad with the Electors’ Square fast travel point. Trying to go straight to where the quest marker is will only lead you to the top of a very high cliff. Don’t even bother trying to find a way to slide down. There isn’t one. Instead, follow the road down to the western side of the island where there are a few houses. There is a pathway down to the cave behind on of the houses, but it’s partially hidden by a small ledge. Once you find it, simply follow it all the way down.

Dispel the illusion blocking your entrance and head into the cave. You might notice the earth elemental stomping around at the back of the main area, but just ignore it for now. There are three ways you can go here. The tunnel to the right just leads to some extra loot you can pick up. The way behind the elemental is locked. When you’re ready, take the path on the left.

You’ll find yourself in a room with a bunch of statues standing around some pillars. Don’t be put off – this puzzle is easy. Just pull the levers so that all the statues are facing inside the circle. Once you’ve done that, the floor will open up and reveal a little pool. Swim down there, but be careful of the drowners. At the bottom of the pool you’ll be able to loot a key from a corpse. Now you can go back and fight the earth elemental. Now you can go through the door he was guarding.

Inside, you’ll have another fight, this time against Mad Kiyan, who was the original owner of the feline armour. Once you kill him, you can loot his body to find all of the cat armour diagrams. You’ll also get a neat sword.