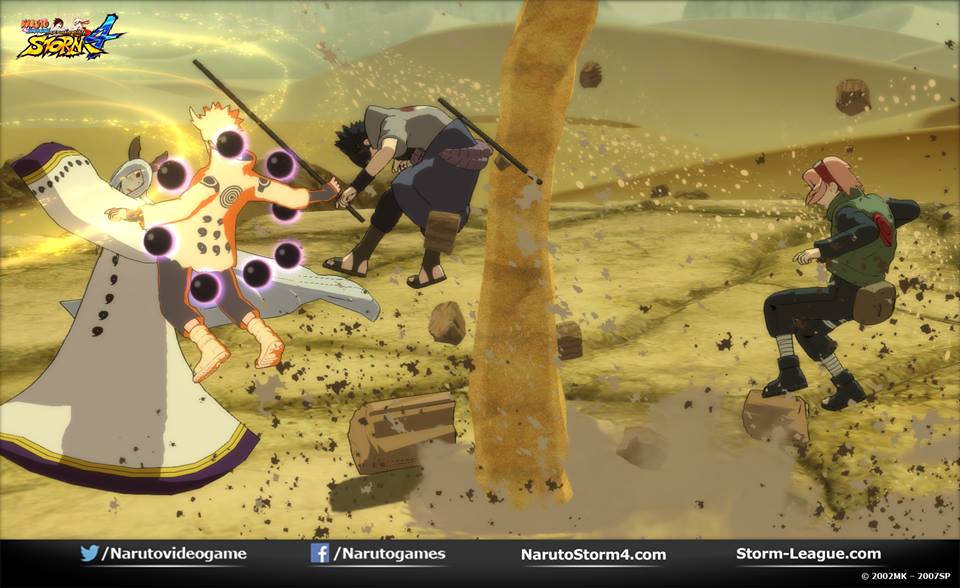 Naruto Shippuden Ultimate Ninja Storm 4, the new entry of the series developed by CyberConnect 2 launching later this year on consoles and PC, is going to include an incredibly varied character roster, with each playable character coming with some unique abilities that set them apart from all the others. Among some of these characters will be Kaguya who will come with the unique Dimension Change ability which alters the battlefield and the character’s jutsu at the same time.

The Kaguya’s Dimension Change ability has been showcased earlier today with a new screenshot that has been shared by the Naruto Video Games Facebook page. You can check out the screenshot right below.

Earlier this week a new Naruto Shippuden Ultimate Ninja Storm 4 gameplay mechanic has been revealed by Japanese magazines, the Team Awakenings, which can be unleashed by filling up the Storm gauge. Once the Team Awakening has been activated, all members of the team will awaken and it will be possible to continue using them as support. This new gameplay mechanics adds even more depth to the game, giving players more battle options.

Last week some new Naruto Shippuden Ultimate Ninja Storm 4 gameplay details have emerged online thanks to a new interview with CyberConnect 2 president Hiroshi Matsuyama. Mr. Matsuyama revealed how long the game’s story mode will be and also talked about a somewhat controversial issue, the pre-order exclusivity of the Boruto: Naruto the Movie characters Boruto and Sarada.