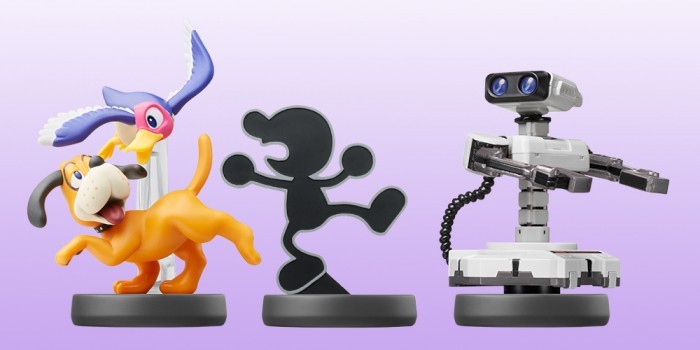 Last week amiibo collectors in North America have been able to pre-order the upcoming Retro-3 pack in GameStop stores all over the nation. The pack, which will be released next month, includes three amiibo figures – Duck Hunt, R.O.B and Mr. Game & Watch.

A few days ago GameStop confirmed that pre-orders for the Retro-3 pack would been extended until this Monday so to give a chance to those who haven’t been able to attend the pre-order event last Saturday. If you haven’t managed to pre-order the amiibo pack in the past few days, you will be happy to know that the pack is still available for pre-order online. We don’t know if this is a mistake on GameStop’s part so make sure to pre-order the pack as soon as possible.

Last week Nintendo has confirmed the release date for several amiibo figures. The new figures hitting North American stores during September are new entries of the Super Smash Bros. line such as Zero Suit Samus, Olimar, Dr. Mario, Bowser Junior and Ganondorf, the Super Mario Maker figures and the already mentioned Retro-3 pack. Pre-order schedules for some of these figures have yet to be detailed but we will surely learn more about the matter very soon.

Last week Nintendo also shared more on the Mii Fighters amiibo which were supposed to be released this September. The Japanese company has officially confirmed that these amiibo figures will be released sometime during November and not during September as originally revealed. More precise news on the matter will be coming in the next weeks.

More news on the upcoming new amiibo figures launching in the next months are constantly coming and we will keep you updated on the matter as soon as possible so stay tuned for all the latest news on Nintendo’s successful figures.