Amiibo: Pre-Orders Won’t Be Available In GameStop Stores For Figures Releasing Next Month 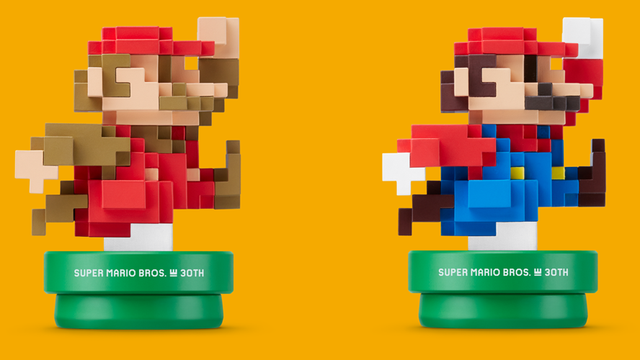 Amiibo: Pre-Orders Won’t Be Available In GameStop Stores For Figures Releasing Next Month

Several amiibo figures will be released next month in North America, including new figures of the Super Smash Bros line and more. Some of the figures will be only available by specific retailers while others will be available everywhere.

A few hours ago it’s been confirmed that the Ganondorf, Zero Suit Samus, Olimar and 8-bit Classic Mario figures will not be available for pre-order in GameStop stores. According to a memo sent to GameStop management, each store is going to receive a limited amount of figures which will be available for purchase on September 11th, with limited quantities will also being available on the GameStop website on the same day. More details on the matter will be coming in the upcoming weeks and we will let you know more as soon as possible.

The Ganondorf, Zero Suit Samus, Olimar and 8-bit Classic Mario figures aren’t the only ones launching next month in North America. Nintendo confirmed a few days ago that the Dr.Mario and Bowser Junior figures will also be released next month. The Retro 3 Pack, including the Duck Hunt, R.O.B. and Mr. Game & Watch figures, will also be released next month. This pack, which is a GameStop exclusive, has been originally made available for pre-order a few days ago and it’s still available online so you still have a chance to get the pack if you haven’t pre-ordered it in the past few days.

New details on the Mii Fighters figures have also been revealed earlier this month. The figures will be released sometime this November and not during September as originally revealed.