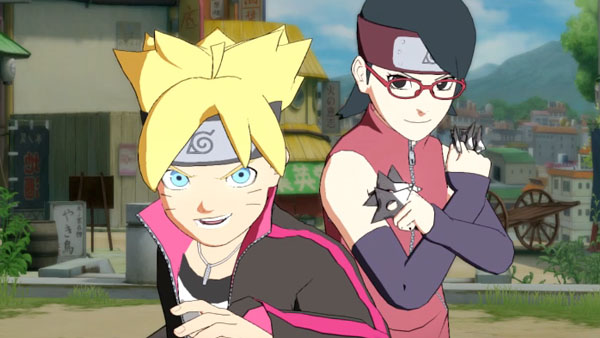 Among the new characters that will be included in Naruto Shippuden Ultimate Ninja Storm 4 who have never appeared in a game of the series before are two characters taken from Boruto – Naruto the Movie, Boruto and Sarada. The two characters have already been shown with a couple screenshots and gameplay videos and some new details on them have emerged online today thanks to the latest issue of a Japanese magazine.

The latest issue of V-Jump magazine includes some new Naruto Shippuden Ultimate Ninja Storm 4 which showcase the ultimate jutsus that Boruto and Sarada will be able to use in the game. The magazine has also confirmed again that the two characters will also have a combination ultimate jutsu. You can check out the scan by going here.

Earlier this week it’s been confirmed that one of the characters that has been introduced in the previous entry of the series, Naruto Shippuden Ultimate Ninja Storm Revolution, is not going to be included in the game. Mecha Naruto, who has been designesd by series’ creator Masashi Kishimoto, is going to remain a Naruto Shippuden Ultimate Ninja Storm Revolution exclusive character.

Zach RileyNovember 30, 2022
Read More
Scroll for more
Tap
Dr. Mario Amiibo Confirmed As Target Exclusive In The US
Attack On Titan Koei Tecmo Game Is 50% Complete, Story To Be Faithful To The Original