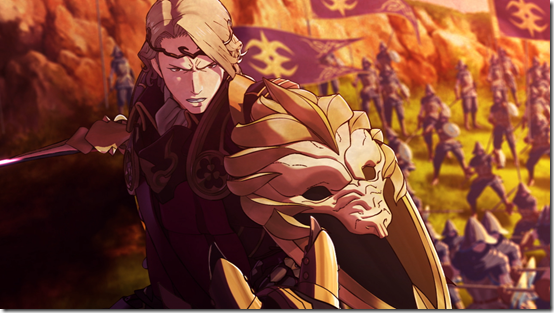 Like the more recent previous entries of the Fire Emblem series, Fire Emblem Fates includes some optional story chapters called Paralogues which are mostly focused on specific characters. Fire Emblem Fates features plenty of them so players have not to fear about any lack of content.

If you are among those lucky players who are enjoying the Japanese version of Fire Emblem Fates, known as Fire Emblem If, but cannot understand Japanese fully, you will be happy to know that English story summaries for Paralogues 3 – 17 have been made available by Kantopia. These summaries obviously include heavy spoilers so avoid reading them if you don’t want to get any of the game’s surprises ruined. If you cannot resist the urge, you can check out the summaries by going here.

Around two weeks ago Fire Emblem Fates received another free DLC map called Invisible History. Kantopia also provided an English story summary for these maps, helping those who cannot read Japanese understand more of what goes on during the DLC.

The Fire Emblem Fates free DLC maps and Invisible Kingdom story DLC aren’t the only pieces of additional optional content available for the game. Like all the more recent Nintendo published games, Fire Emblem Fates comes with amiibo functionality which allows players to unlock four special maps with the Marth, Lucina, Ike and Robin amiibos. The corresponding character will also take part in the battle.

PlayStation 4 GameBoy Emulator Revealed, Runs Only Firmware 1.76 And Below
Heroes of the Storm: Falstad – quick guide