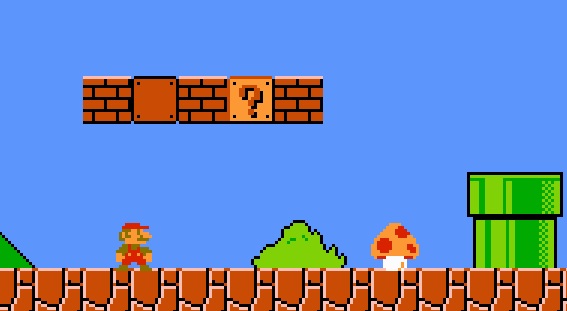 Super Mario Bros has turned 30-years-old. The original Super Mario Bros title for Famicon was first released on this day in 1985 in Japan. It took a few extra months for the game to make its way to North America and an extra year and a half to reach Europe and Australia. The anniversary of the classic game is being commemorated across the internet, including a new Google easter egg.

Mario himself had actually already been around for a while before 1985. Mario actually made his debut in 1981 as “Jumpman” in the classic Donkey Kong arcade game and Super Mario Bros is itself a sequel to the original Mario Bros game, which was released in 1983. It was his appearance in Super Mario Bros that launched the world’s favourite plumber’s rise to fame.

Super Mario Bros is widely acknowledged as a pioneer of the video game world. It spawned many sequels, spin-offs, and is perhaps the most influential platformer in history. Many credit it with saving American video game market after its crash in the 1980s. While platformer games were already popular at the time, Super Mario Bros brought the genre through the roof. It was the best-selling game ever for a single platform for around 30 years, with over 40 million sales. Wii Sports later took that title (somehow). In the past decade, Super Mario Bros has been ported to almost all of Nintendo’s major consoles.

Nintendo is marking the game’s anniversary with a special interview with the game’s creator, Shigeru Miyamoto, and Koji Kondo. They talk about the game’s creation – while they don’t exactly shed light on any unknown information, it’s certainly an interesting watch for those of us that haven’t memorised the history of Mario. Google is also marking the occasion with a Mario-style easter egg. Just search “Super Mario Bros” and click on the question-mark box – you’ll see what I mean.