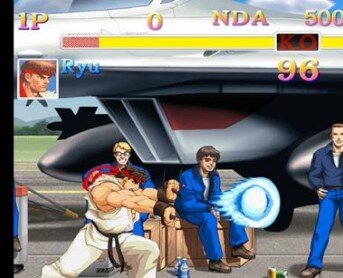 If you look at the games the majority of people are playing online now, the list is top heavy with eSports titles, such as League of Legends, DOTA 2 and World of Warcraft. Indeed, developers like Blizzard have made these games a multi-billion-dollar industry. But among the Fortnites and Hearthstones of the gaming world, there is still room for some traditional games, and it seems we still can’t get enough of them.

Here’s a look at some classics, which can usually be played online for free, and the numbers prove that they still retain a certain pull.

The Google Doodle version of Pac-Man was estimated to have been played by over one billion worldwide. That simply incredible. The best thing that Google did, however, was not to mess too much with the original formula. In fact, the game is almost the same as Namco’s original 1980s smash hit. Fun fact: Pac-Man was called Puckman when originally released in Japan.

If Bill Gates has achieved nothing else in life, he can surely point to the fact that millions of office hours have been wasted over decades with employees running down the clock playing solitaire on PC. The game is, quite frankly, infuriating, because you can go down a rabbit hole with those damn cards, encouraging you to start again and beat the game.

Imagine pitching Tetris now: A game where some blocks fall on through the screen, with which the objective is to fit those blocks into lines. However, as any gamer is aware, Tetris is a stroke of genius. There are many, many versions of the game online. Some are good, some are poor, but none of them are able to emulate the lightning in a bottle magic of the original.

There are 100s of different variations of poker and blackjack games online, many of which are designed to be played on mobile. Our personal favorite – and there are a lot to choose from – is 3 Card Brag. It’s kind of like two card games in one, where you attempt to beat the dealer and play a bonus pair game. If you want to try it for real money, or just to practice, Mansioncasino.com – brings you the best 3 card brag blackjack. The game has big payout potential, way beyond that of classic blackjack.

Lots of sites dedicated to Mario games have cropped up over the years, with some developers keen to bring out their own interpretations of the classic series. Our motto is don’t mess with greatness. So, if you can find faithful versions of Super Mario Bros, Super Mario Bros 3 or Super Mario World (SNES version) – the holy trinity of Mario games – play until your heart is content.

Want a (sort of interesting) fact about Street Fighter? In the (terrible) Jean Claude Van Damme movie, arch-villain M. Bison was played by the brilliant Raul Julia, the same guy who played Gomez in the Addams Family – that’s quite the character range. Anyway, Street Fighter 2 needs little introduction as it gave many of us so much joy and pain throughout our childhood. It’s still a classic.

Minesweeper can actually trace its history all the way back to the 1960s. It joins the aforementioned solitaire as one of those games that makes you want to bang your head against the computer screen, yet you keep coming back for more. Again, a certain Mr. Gates oversaw the definitive version – Microsoft Minesweeper – keeping a generation of kids from doing their homework.