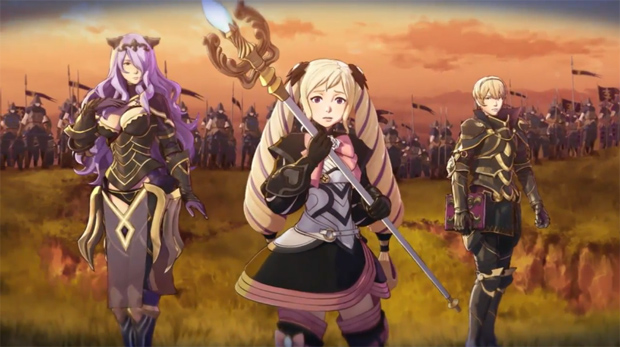 The latest entry of the Fire Emblem series, Fire Emblem Fates, is still far from its North American and European releases and several fans of the series have decided to import the game so to play it as soon as possible. As the game is only available in Japanese at the moment, it can be hard for those not fluent in the language to fully understand the game’s story.

In the past months Kantopia has been providing Fire Emblem Fates English story summaries for pretty much all story content of the game. A few months after the game’s Japanese release, the full Fire Emblem Fates English story summary is now available online. You can take a look at the summaries for all chapters for the three story paths, for all Paralogues and DLC content by going here. These summaries obviously include massive spoilers so avoid reading them if you want the game to be a complete surprise for you when it launches next year in North America and Europe.

Last week Nintendo released more DLC packs for the Japanese version of Fire Emblem Fates. The new DLC maps aren’t completely new maps but updated versions of the more popular Fire Emblem series maps. Among them are The Vanguard’s Training Grounds map from Fire Emblem Radiant Dawn, the Anna the Robber map from Fire Emblem Awakening and a few others.